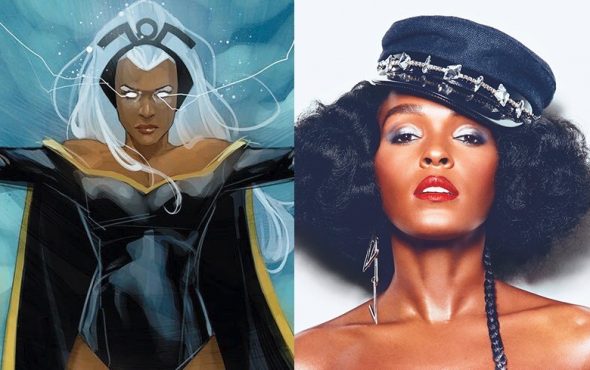 “I would love to be in that line of artists and get to do Storm justice.”

Janelle Monáe has thrown her hat in the ring to play Storm in an upcoming Marvel Cinematic Universe adventure.

In the new issue of Empire, the actress and singer reflected on the process of creating her widely-acclaimed third studio album Dirty Computer, which she recorded in Atlanta at the same time Black Panther was in production.

When asked if she’s interested in a role in the sequel, Janelle admitted: “I definitely have thrown it out there. One of my dreams has always been to play Storm. I don’t know if she comes in Black Panther, but it would be a dream to have her in it.”

The star continued: “I don’t know where they are with that. A lot of women have played Storm and they’ve done an exceptional job, and I would love to be in that line of artists and get to do Storm justice.”

In the comics, Storm marries her childhood sweetheart and fellow hero, T’Challa, so if the X-Men are being rebooted in the MCU, this would be a fantastic way to introduce one of the most beloved Marvel characters.

In July, Pose star Dominique Jackson also expressed interest in the iconic role after Marvel fans created a petition on change.org. As of writing, the petition has garnered over 18,000 signatures.

“It’s not even about if Marvel sees this but just knowing that you are valued is what is important and makes us all feel human and respected as a part of community and society!” she wrote on Instagram.

Both stars received generally negative reviews for failing to embody the essence of the character. In the comics, Storm is depicted as brave, regal and – above all – fierce. She’s also one of the most powerful heroes in comic book history.

Over the past few years, Janelle has established herself as a major Hollywood actress with roles in Hidden Figures (2016), Harriet (2019) and Moonlight (2016), the latter of which received the Academy Award for Best Picture.

She also received widespread acclaim for her leading performance in the second season of Amazon Prime’s mystery/thriller series, Homecoming.

Related: The Eternals trailer reveals who Marvel’s first ever gay superhero will be.