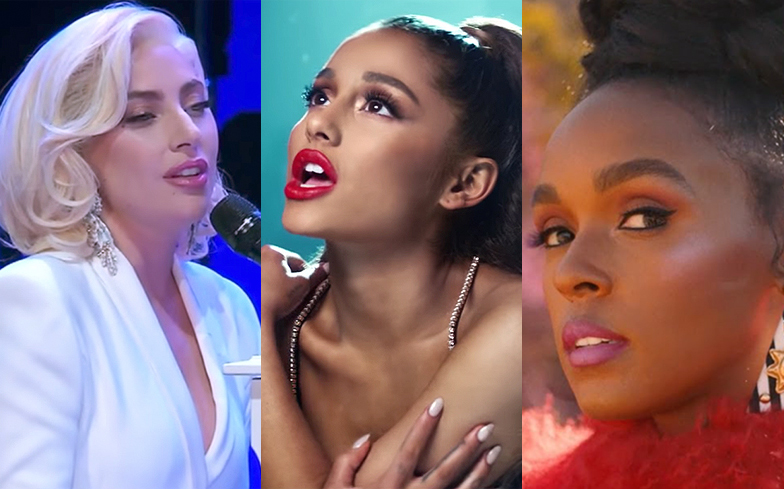 Janelle Monáe, Ariana Grande and Lady Gaga are among the nominees for the 2019 Grammy Awards.

The nominations were announced earlier today and sees a number of our favourite pop girls scoring nods for their work over the past 12 months.

Janelle Monáe has been nominated for the much-coveted Album of the Year award for her latest collection Dirty Computer.

Lady Gaga, meanwhile, as been nominated alongside Bradley Cooper for their A Star Is Born hit Shallow, scoring nods in both the Song of the Year and Record of the Year categories.

Ariana Grande will compete for Best Pop Solo Performance for God Is A Woman, as well as Best Pop Vocal Album for Sweetener.

Elsewhere, Christina Aguilera and Demi Lovato have been nominated for Best Pop Duo/Group Performance for their duet Fall In Line, St. Vincent is up for Best Alternative Music Album for Masseducation, and Beyoncé and Jay Z will compete for Best Urban Contemporary Album for their joint album Everything Is Love.

The list of nominees for the main categories are as follows:

Record of the Year

Album of the Year

Song of the Year