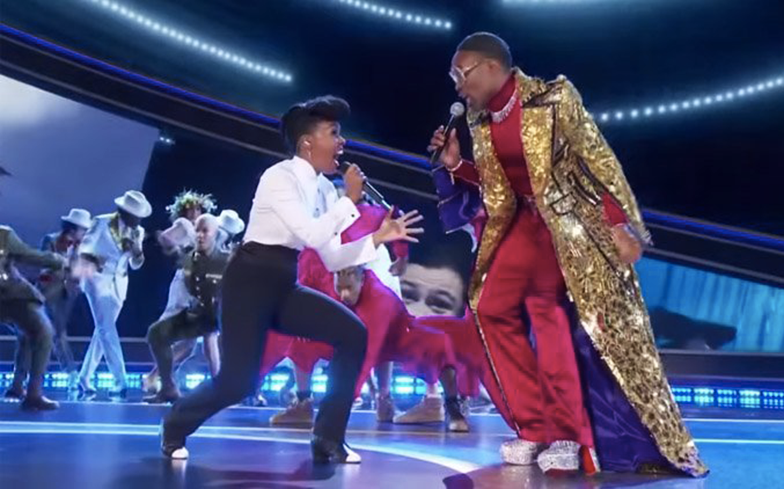 Janelle Monáe and Billy Porter opened the 2020 Oscars ceremony with a stunning medley.

Monáe started off the performance with a rendition of Mr. Rogers’ Won’t You Be Neighbor, while backup dancers paid tribute to some of 2019’s most critically-acclaimed films by dressing as characters from Us, Midsommar, Joker and more.

Monáe said to the audience: “Tonight we celebrate all the amazing talent in this room. We celebrate all the women who directed phenomenal films. And I’m so proud to stand here as a black queer artist telling stories. Happy Black History Month.”

Porter tweeted after the performance: “You know I’m still standing better than I ever did.⁠

“Looking like a true survivor, feeling like a little kid… Still gagged that I got to open the 92nd Annual #Oscars alongside the brilliant @JanelleMonae with one of my favorite @eltonofficial songs!”

Monáe wasn’t nominated for an Academy Award at this year’s ceremony but did co-star in Harriet, a biographical film about Harriet Tubman. Cynthia Erivo was nominated for Best Actress for her role as the abolitionist and activist.

This year’s Oscars was a dud for queer stories, with Elton John being the only LGBTQ performer to take home an award. He won his second trophy for Best Original Song for the track (I’m Gonna) Love Me Again, taken from his biopic Rocketman.

Oh, and LGBTQ icon Laura Dern finally won an Oscar for her performance in Marriage Story, so there’s that…