Jake Shears opens up about struggles with anxiety and depression 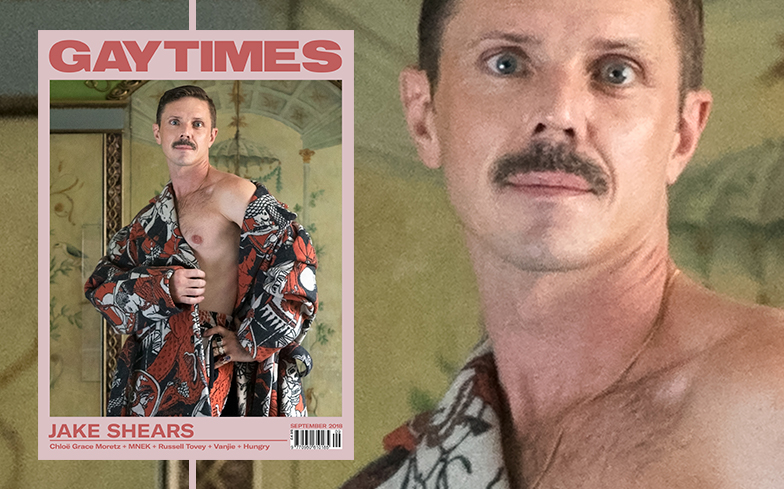 Jake Shears has opened up about his struggles with mental health and body image issues.

The openly gay singer-songwriter, who rose to fame as the frontman of chart-topping band the Scissor Sisters, has finally released his long-awaited debut solo studio album, and it’s a triumphant return to form for the king of camp.

But despite his outwardly-confident demeanour and unapologetically queer nature, both qualities which have enamoured fans throughout his career, Jake has spent the last decade of his life learning to live with “major” body image issues.

“As out-and-proud and independently-minded as I like to think I am, I have felt pressure to conform in all kinds of ways,” he tells Gay Times, as he covers our September issue.

“I’ve had major body image issues for the last 10 years. Like, what the fuck? Why do I struggle with that? I think about it all the time, and I feel like I’m in a better place with it now, but it’s definitely something I’ve struggled with. I’m super excited to go into my 40s, but I do feel like I have to reassess what it all means and I’ve been thinking a lot about that.”

Jake continues: “When it comes to mental health issues, I’m always going to struggle with depression, it’s something I know I’m going to have for the rest of my life. But I have really learned how to manage it. I can look inside now and say, ‘What is not making me happy? What is giving me anxiety?’ And then face it and change it.

“That’s how this whole record was made. I wanted to get back to this place where I’m putting out music I love and getting to perform on stage. Getting to be creative makes me really happy.”

Elsewhere in our cover interview, Jake opens up about his ‘devastating’ breakup from Chris Moukarbel, the events that led to the Scissor Sisters announcing an indefinite hiatus, and why it’s taken his whole life to release his “dream” album.