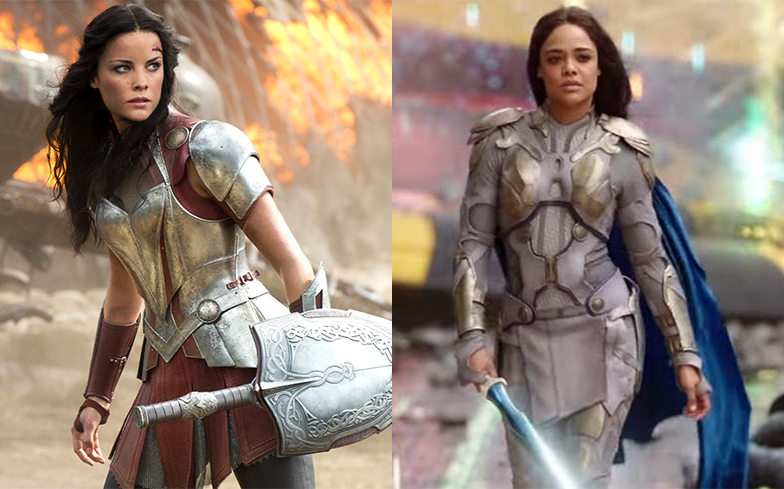 Has Valkyrie just found her queen?

After what feels like forever, with Marvel executives constantly promising that an LGBTQ superhero is coming, the major movie studio has revealed who the first one will be – the Thor franchise’s Valkyrie, played by Tessa Thompson.

It wasn’t much of a surprise to fans, as Tessa – who identifies as bisexual herself – confirmed back in 2017 that a scene where a woman left Valkyrie’s bedroom, implying that they had been intimate together, had been cut from Thor: Ragnarok.

At the San Diego Comic Con this year, Tessa revealed what’s in store for her character in upcoming sequel Thor: Love And Thunder, explaining: “As new king, [Valkyrie] needs to find her queen. That will be her first order of business. She has some ideas. Keep you posted.”

While we’re sure there are many potential candidates waiting in line to join Valkyrie on the throne, the latest person to put themselves forward for the role is Jaimie Alexander, who played Sif in Thor and Thor: The Dark World.

Sif was absent during Thor: Ragnarok due to Jaimie’s other filming commitments, and it was confirmed that she turned to dust after Thanos’ finger snap, but now balance has restored it’s assumed she’s back to life – and ready for a same-sex romance, it seems.

Responding to an article from IGN speculating who could be Valkyrie’s queen, which included Sif as a candidate, Jaimie tweeted the love-heart-eyes emoji and the caption “raises hand” to show her approval.

Could you see Sif and Valkyrie ruling Asgard? If not Sif, who could her queen be? Well, Tessa has said that she “loves” the idea of a romance between Valkyrie and Captain Marvel…

Thor: Love And Thunder is due for release in 2021.