Jaden Smith claims he has a boyfriend, and fans don’t know what to think 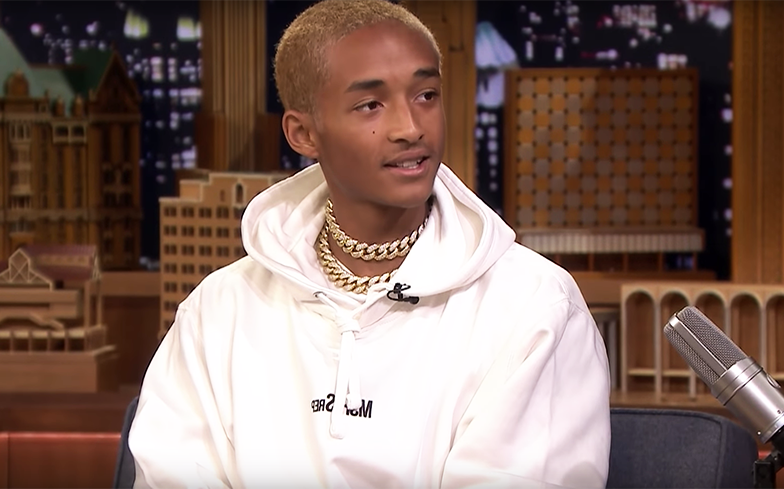 “He’s been my motherfucking boyfriend my whole fucking life!”

American performer Jaden Smith told fans during a concert that rapper Tyler, the Creator is his boyfriend.

Shortly after the concert, Jaden tweeted, “Yup @tylerthecreator I Told Everyone You Can’t Deny It Now,” to which Tyler responded: “hahaha you a crazy n***a man.”

Fans were quick to praise their ‘romance’ on Twitter, despite not knowing if Jaden was being truthful about their relationship.

“@tylerthecreator if you really dating Jaden Smith,” one fan said. “I ship the fuck out of this.”

Another said: “I don’t think Tyler, the Creator and Jaden Smith are actually dating but if they are, I’m here for it!”

Others, were less enthusiastic. “Eh, they just playing gay,” one person opined.

“Are they trolling or are Tyler & Jaden seriously a couple?” another user tweeted.

i don’t think Tyler, the Creator and Jaden Smith are actually dating but if they are, I’m here for it !!

If Tyler the Creator and Jaden Smith are actually dating I'm happy two beautiful and talent black men have found happiness within one another.

Jaden smith is gay? And is dating Tyler the creator? Lol 2018 wild

hi jaden smith and tyler the creator are my favourite couple #love pic.twitter.com/leaGK9NVM6

Jaden has never officially commented on his sexuality, but he has become known in the industry for his androgynous fashion.

“I’m going to take most of the blows… so you know, in five years when a kid goes to school wearing a skirt, he won’t get beat up and kids won’t get mad at him. It just doesn’t matter.

“I’m taking the brunt of it so that later on, my kids and the next generations of kids will all think that certain things are normal that weren’t expected before my time.”

Back in September, Tyler, The Creator revealed that he has been “kissing white boys” for more than a decade.

In a new interview with Fantastic Man, Tyler opened up about the gossip that still surrounds that particular lyric in his song I Ain’t Got Time.

In a Rolling Stone interview back in 2015, Tyler, The Creator described himself as “gay as fuck,” as well as listing famous men he’d like to get with.

“My friends are so used to me being gay,” he said in the interview. “They don’t even care.”

Asked why they felt like that, he simply responded with: “Because I’m gay as fuck.”

Questioned further if these are repressed feelings, he replied: “No, but I am in love with ’96 Leonardo DiCaprio. I one hundred percent would go gay for ’96 Leo. Oh, and Cole Sprouse.”