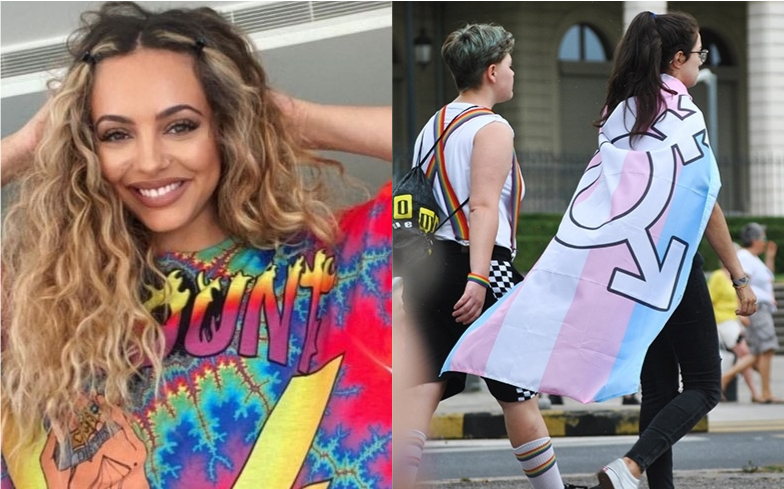 Little Mix is about to scream ‘trans rights’!

Little Mix star Jade Thirlwall has confirmed how much of an LGBTQ ally the band is, as they’re writing a song dedicated to the trans community.

Speaking on Gaydio, Jade said that she and Camille Purcell, who collaborated with the band on their latest hit Break Up Song, have penned an “important” song they hope will “raise awareness” for the trans community.

“We wrote a song that me and Camille thought would be a great trans awareness song,” Jade said. “We haven’t recorded it yet but I’m on the case.”

Drawing attention to their LGBTQ fanbase, Jade continued: “It’s so important. We are always trying to raise awareness.

”I think we have a duty to really, we’ve got such a massive LGBT fan base and I want to make sure that we practise what we preach and we are walking the walk instead of talking the talk.”

She said that the band took the time to research issues like LGBTQ rights, women’s rights and Black Lives Matter in order to talk about them in an “educated” way.

“We were scared to say the wrong thing, basically,” she explained. “We didn’t want to talk about something if we felt we weren’t truly educated in it.

“But there’s a change that comes with age, and also learning more about what’s going on in the world. I think we’re all doing that more in general, about the things we’re passionate about – whether it’s women’s rights, LGBTQ issues or Black Lives Matter.”

Little Mix have been longtime allies to the LGBTQ community, and last year paused a show to help a fan propose to his boyfriend in front of the entire arena.

“Tom, do you have anything you’d like to say to Adam?” the girls asked as the stage was lit up in rainbow colours, with the couple appearing on a big screen behind them.

Following knowing cheers from the crowd, Tom said: “This guy is the most amazing person I’ve ever met, he inspires me to be the best version of me I can be, and this [Secret Love Song] is our song so I want to dedicate it to him.”

He then got down on one knee and asked his partner: “Will you send the rest of your life with me?”

Of course, he said yes!

The band then performed Secret Love Song, dedicating the performance to the newly engaged couple.

Related: Jade Thirlwall on how Little Mix’s new era is all about having fun