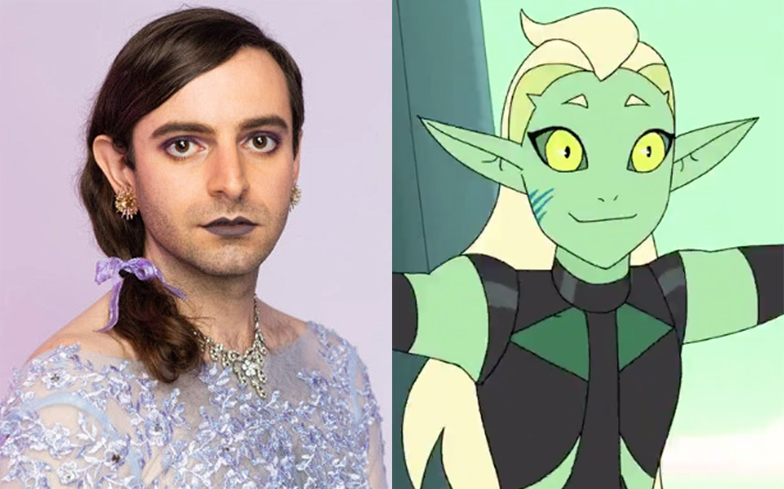 She-Ra and the Princesses of Power continues to provide LGBTQ representation.

Netflix has announced that non-binary writer, producer and performer Jacob Tobia has joined the voice cast of animated series She-Ra and the Princesses of Power’s fourth season, which debuts on 5 November.

Jacob will voice Double Trouble, a non-binary shapeshifter who rises through the Horde’s ranks and proves a powerful ally to Catra, making them one of the first non-binary actors to voice a non-binary animated character in a recurring series role.

“I play a character called Double Trouble who is a non-binary shape-shifting mercenary, so functionally I’m playing myself,” they said.

“Fantasy has always been so vital to me because, as a non-binary person, it’s a way of escaping the confines of the world we live in. It’s the way of building other realities and imagining the world as it could be, not as it is.”

Jacob added: “Having non-binary representation in animated shows for young folks is just so vital, because young people today are already understanding that gender is diverse and a broad spectrum from a super early age.

“So it’s about time that the shows we’re making for young people reflect the world as they understand it.”

She-Ra originally debuted as a television series in the 1980s, serving as a spin-off to Masters of the Universe.

The show’s central character, Princess Adora, was introduced as the long-lost twin sister of Prince Adam, who you’ll more likely recognise as He-Man.

Netflix’s reboot of She-Ra has already provided LGBTQ representation, including a romantic relationship between two female side characters Spinnerella and Netossa, and was even nominated for a GLAAD award this year.

Season four of She-Ra and the Princesses of Power begins streaming on Netflix on 5 November.