Jack reunites with Jennifer Lopez in this new Will & Grace clip 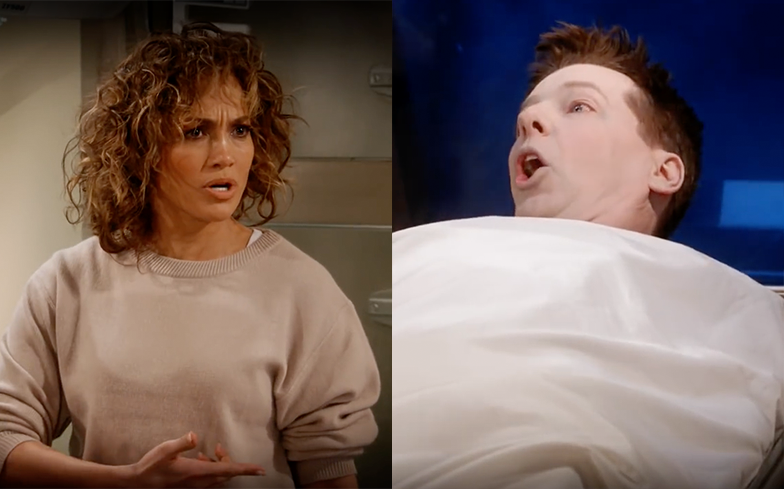 J-Lo returns after her guest stint on the sixth and seventh season of the critically acclaimed comedy.

A brand new clip from the upcoming episode of Will & Grace has teased the return of American singer/actress Jennifer Lopez.

The 48-year-old performer first appeared on the critically acclaimed comedy in the final two episodes of the show’s sixth season, when she performed at Karen’s wedding ceremony and offers Jack a place on her tour. Lopez also guest-starred in the season seven premiere.

In this season, Lopez once again plays herself, as well as her character from the procedural drama, Shades of Blue. Can we give J-Lo that Emmy already?

The episode follows Jack as he lands a guest-stint on the show as a corpse, with their hilarious reunion taking place in the morgue.

Will J-Lo recognise him? Watch below!

The ninth season has been acclaimed by fans and critics, scoring two Golden Globe nominations – one for Best Television Series (Comedy), and Best Television Performance by an Actor (Musical/Comedy) for Eric McCormack.

It has also been renewed for a tenth season season of 13 episodes, which is expected to debut later this year.

Will & Grace is currently airing on Channel 5 in the UK and NBC in the U.S.