It’s Cher, b*tch! Get a closer look at the icon’s character in Mamma Mia 2 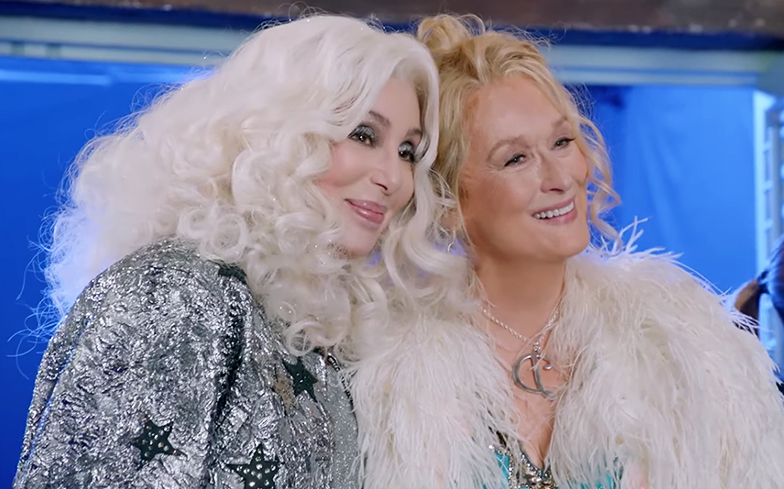 Could we be any more excited!?

The timeless music of Cher and ABBA will forever be a part of gay culture, so the news that the legendary diva would be appearing in Mamma Mia! Here We Go Again, the musical sequel based on ABBA’s songs, sent us all wild.

A recent trailer for the film teased that Cher would not only be playing Meryl Streep’s mother Ruby Sheridan, she’d also be covering a classic song by the Swedish pop group – none other than best-selling single Fernando.

If you just can’t wait for the film’s release, you can listen to her full rendition of the song here.

Now, a brand new featurette for the Mamma Mia! sequel has been released, and it gives us a better insight into the character of Ruby and also Cher’s longtime friendship with co-star and fellow pop culture legend Meryl Streep.

“I come in on a helicopter, and then I land, and then I come walking up with a cane. I’m different!” Cher says of her already-iconic entrance in the film.

“When I used to hear ABBA, it’s so fabulous, the lyrics just totally grab me. It’s things I’ve felt a million times, so it was easy to sing.”

Elsewhere in the video, Meryl says it was “so much fun” to see her friend Cher again, ABBA member Björn describes her as “perfect” for the role, while Colin Firth recalls: “The anticipation made the air crackle.”

Watch the new featurette below.