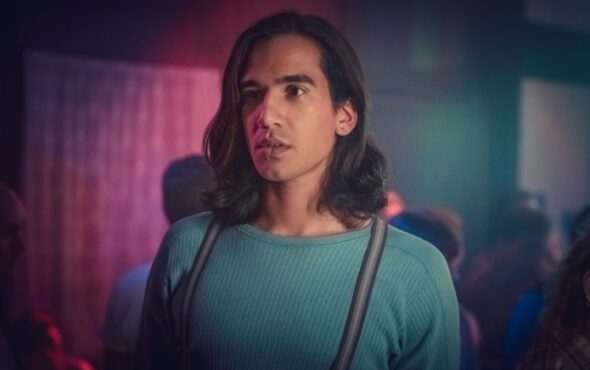 Nathaniel Curtis has joined the cast of The Witcher: Blood Origin.

The British actor, who recently rose to fame as a main cast member on Channel 4’s widely-acclaimed LGBTQ+ drama It’s A Sin, will play a character called Brian in Netflix’s six-part prequel series.

According to Deadline, Blood Origin is set in an elven world 1200 years prior to the events of The Witcher and will “chart the creation of the first prototype Witcher, and the events that lead to the pivotal ‘Conjunction of the Spheres’, when the worlds of monsters, men, and elves merged to become one.”

Sarah O’Gorman, whose directing credits including The Witcher (2019) and Cursed (2020), will direct the first, fourth and sixth episodes, while Close (2019) director and writer Vicky Jewson helms the second, third and fifth episodes.

Declan de Barra will act as executive producer and showrunner.

Lauren Schmidt Hissrich and Matt O’Toole will executive produce while Andrzej Sapkowski serves as creative consultant. Jason Brown and Sean Daniel from Hivemind, as well as Tomek Baginski and Jarek Sawko from Platige Films will also serve as executive producers.

The first season of The Witcher was released in 2019 to praise from critics, and became one of Netflix’s most popular series ever.

Set in a medieval land known as The Continent, the series stars Man of Steel’s Henry Cavill as Geralt of Rivia, a magically enhanced monster hunter, and Freya Allen as Princess Ciri, who are both linked to each other by “destiny”.

Season two was filmed earlier this year and is scheduled to premiere 17 December on Netflix. Check out the first teaser trailer here or below.