It’s A Sin: Omari Douglas and Andy Polaris on the importance of chosen family during AIDS epidemic 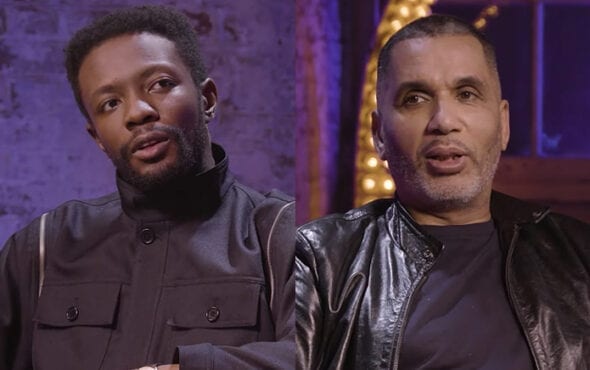 Omari Douglas, star of Channel 4’s new drama It’s A Sin, has sat down with musician Andy Polaris to discuss what life was like for LGBTQ+ people growing up in the 1980s as the HIV/AIDS epidemic unfolded.

Omari plays a character called Roscoe in the new five-part Russell T Davies show, who is forced to leave home when he’s 17 and his family finds out he is gay.

The character quickly finds his tribe and a new group of friends who support each other during the decade when faced the horrors of a new deadly virus.

Andy Polaris  – who rose to prominence as part of British group Animal Nightlife in the 80s – gives insight into what life was like for him and his friends during that time.

“People forget how homophobic and racist it was in the 80s,” he tells Omari. “People would actually say to you bluntly ‘you’re going to die of AIDS – this is going to happen to you.'”

You can watch Omari and Andy’s conversation below: