It’s A Sin: Lydia West and Jill Nalder discuss the power of allyship during AIDS crisis 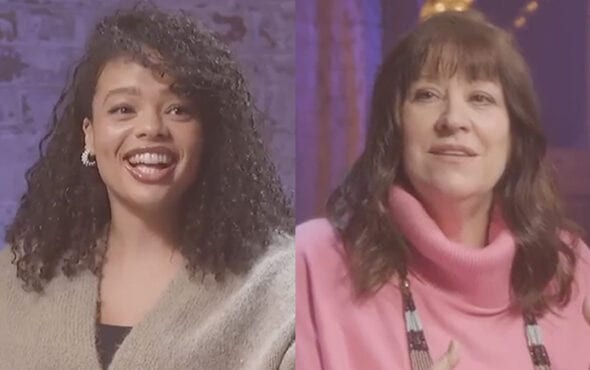 Lydia West, star of Channel 4’s new drama It’s A Sin, has sat down with actress and longtime LGBTQ+ ally Jill Nalder, whom her character in the show is loosely based on.

Lydia’s character Jill is the heart of Russell T Davies’ powerful new drama, which follows a group of five friends growing up during the 1980s in London as the HIV/AIDS epidemic takes hold.

Jill’s story represents the numerous women – both within the LGBTQ+ community and our allies – who cared for gay and bi men suffering from the disease, as well as campaigning and fundraising for the cause.

“You’re living in London – which is all very exciting – and then all of a sudden, there’s a disease that literally changes everything,” Jill Nalder says of the era she lived through.

Nalder was an actress in the West End during the decade and helped raise money through late night shows.

“I was very much involved in fundraising,” she explains to Lydia. “Trying to get things to happen. Trying to get research [funded].”

As well as fundraising, Nalder was all too familiar with hospital visits during the 80s, making sure the gay and bi men who were victims of the disease had someone with them in their final days.

“You’re taking a place, in a way, of a family member because you become that family together and just be there in a loving way,” she recalls.

Watch the conversation between Lydia West and Jill Nalder below:

Lydia also reveals the moment she found out that not was her character loosely based on Jill’s experience, but that Jill would be playing her mother in the show.