It’s A Sin: Listen to the 80s hits that feature in the new queer drama 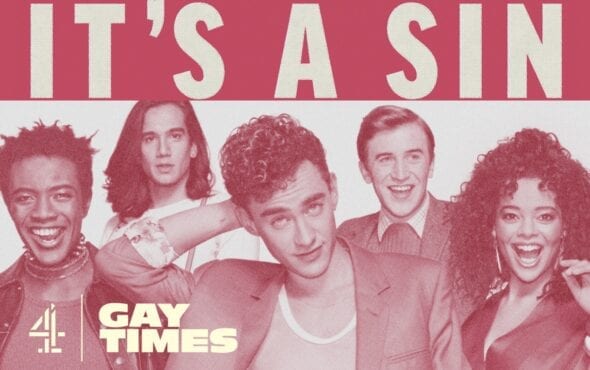 If there was one thing that was bigger than the hair in the 1980s, it was the chart hits.

The decade is defined by big electronic anthems that have stood the test of time and changed the musical landscape forever.

Set during the 80s, Channel 4’s new queer drama It’s A Sin has a soundtrack that evokes the youth, vibrancy and queer sensibility of the era. With classics by Pet Shop Boys, Bronski Beat, Culture Club and Erasure, gay representation is very much at the forefront.

Add to that club staples from the Eurythmics, Belinda Carlisle and Blondie, the music featured in It’s A Sin will transport you back to the hedonism of Heaven nightclub during its infancy, laser show and all.

GAY TIMES has teamed up with Channel 4 for a new content series to speak about the social, political and historical context around the themes that play out through It’s A Sin.

As part of this content series, we’re starting with a playlist of 80s hits that prominently feature in the drama, to help draw you into the era ahead of the show’s launch on 22 January.

“I’m going to go with Hungry By The Wolf by Duran Duran,” Olly said for his ambitious and complex character who leads the show.

Omari chose Respectable by Mel and Kim, saying: “I just went through a phase of being completely obsessed with them.”

As for Lydia, she went with Gwen McCrae’s All This Love That I’m Givin’. “I played it almost every day while we were filming. And also because Jill has so much love to give,” she said.

“My favourite song would be something different, but for Colin I think it would be You Make My Dreams Come True [by Hall and Oates],” said Callum.

Nathaniel concluded with: “I don’t know, but I think it’s probably going to be something quite sad like Wind Beneath My Wings [by Bette Midler] for Ash.”

It’s A Sin follows a group of friends living in London who grow up in the shadow of the HIV/AIDS epidemic as it unfolds throughout the 1980s.

It’s the latest drama from show runner Russell T Davies, who has given us iconic television shows such as Queer As Folk, Years & Years, Banana, Cucumber, A Very English Scandal, and much more.

You’ll also have noticed that we’ve reverted to our classic GAY TIMES logo from the 80s to mark this new partnership.

Our It’s A Sin content hub will be full of coverage about the show, as well as exclusive video conversations digging deep into the culture, activism and queer community that lived throughout the era.

Watch the trailer for It’s A Sin below:

This article has been supported by Channel 4.