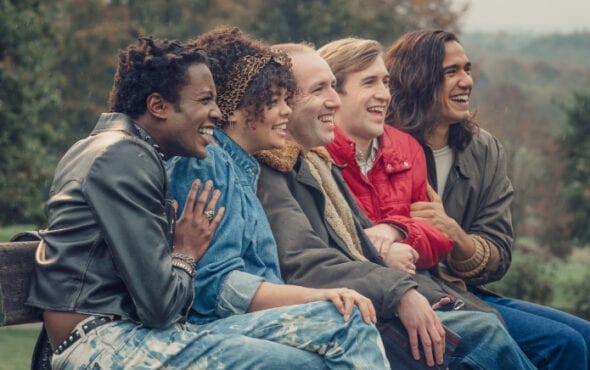 Channel 4 HIV/AIDS drama It’s a Sin is leading the way at this year’s BAFTA television awards with a total of 11 nominations.

The show follows a group of friends in 1980s London who grow up in the shadow of the HIV/AIDS epidemic.

Upon release, it received praise for its powerful storytelling, incredible cast, and bringing LGBTQ+ history to a mainstream audience.

It’s a Sin was created and written by Russell T Davies, the mastermind behind Doctor Who’s reboot in the 2000s.

Its 11 nominations at the ceremony are made up of five in the craft categories and six in the television awards categories.

thank you @BAFTA from the bottom of me heart ❤️ I can’t even tell you how much this means to me https://t.co/0E5IJ9lcis

These include nods for Davies in the writer drama field, as well as Olly Alexander in the leading actor category for his portrayal of Ritchie Tozer – marking his first BAFTA nomination.

“Thank you, Bafta, from the bottom of me heart,” Callum Scott Howells said after receiving a supporting actor nomination for playing Colin Morris-Jones. “I can’t even tell you how much this means to me.”

Lydia West, who played Jill Baxter, has been nominated in the leading actress category.

The Bafta TV Craft Awards will be held on 24 April and the full list of nominees can be found here.

wow 11 nominations for it’s a sin !!!im so proud of everybody who worked on this show 😭😭 thank you bafta! https://t.co/OeQKA8ZzOh