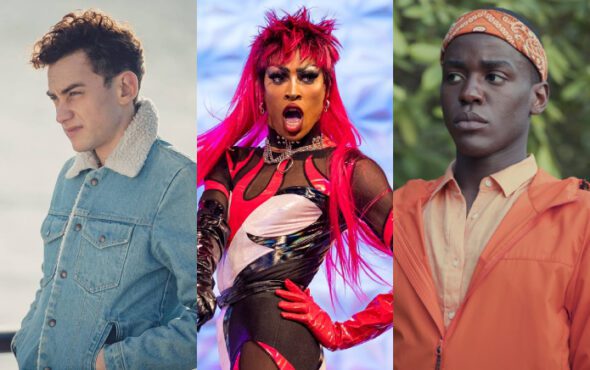 It’s A Sin faces some stiff competition at this year’s National Television Awards.

For his critically-acclaimed performance as Ritchie Tozer in the LGBTQ+ miniseries, which follows a group of friends in 1980s London who grow up in the shadow of the HIV/AIDS epidemic, Olly Alexander has been nominated for Best Drama Performance.

The star competes in the category alongside David Tennant, who has been nominated for his role as serial killer Dennis Nilsen in three-part drama Nes, as well as three actors from Line of Duty’s renowned sixth season: Martin Compston, Adrian Dunbar and Vicky McClure.

Alexander said he’s “honoured” to be nominated in a statement posted to Twitter, and is “so happy” the series has “connected with so many of you and I am proud of everything it stands for.”

Created by Doctor Who’s Russell T Davies, It’s A Sin is up against Des, Normal People and Bridgerton for Best New Drama.

The second season of RuPaul’s Drag Race UK, which has been hailed as one of the best seasons in the Emmy Award-winning franchise’s 13-year herstory, has been nominated for Best Talent Show. The competition here is solid; the other nominees include Britain’s Got Talent, Strictly Come Dancing and The Masked Singer.

Sex Education’s praised sophomore season has also been nominated for Best Comedy alongside After Life, Friday Night Dinner and The Vicar of Dibley.

This year’s ceremony will be hosted by Joel Dommett and airs 9 September on ITV. Check out the full list of nominations below.