Is this our first look at Drag Race UK? Fans seem to think so… 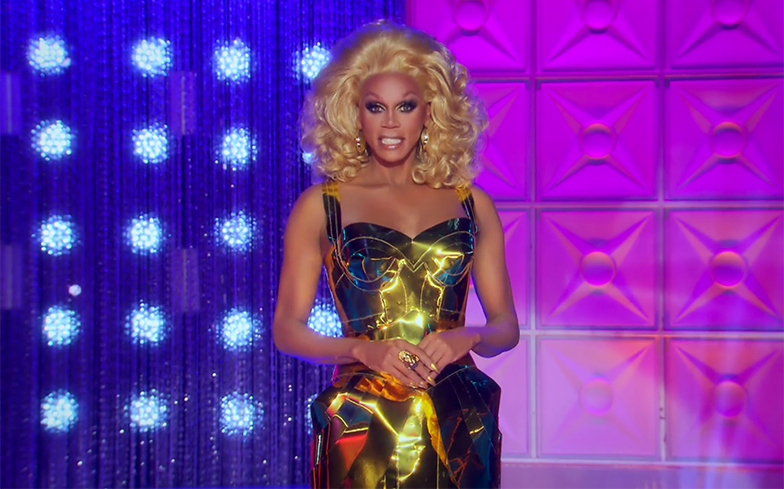 During the incredible season two finale of Drag Race Thailand – which saw the franchise’s first ever trans woman win the title – RuPaul made a special guest appearance and left fans – as Monique Heart would say – gooped.

Why? Well a) Mama Ru rarely makes appearances on other shows in drag, and b) it looked like she was on the set of – yep, you guessed it – Drag Race UK.

The Emmy Award winning host appeared via video and advised the top three: “Greetings Thailand, Mama Ru loves you and misses you. Angele Anang, Kandy Zyanide, Kana Warrior, no matter what happens next, you are and will always be Drag Race royalty. You have made Mama Ru so very proud. The time has come to crown our queen, and may the best woman win!”

In the background, Ru is accompanied by a personalised, pink and purple version of Britain’s Union Jack flag. It makes sense that RuPaul would be sending a message via the set, because Drag Race UK recently started filming.

Take a look at the picture below. and the “blue&purple fuck it all up” lighting from S9 is officially back pic.twitter.com/krjvZHP59W

Drag Race UK is rumoured to air later this year.

The first season will have eight episodes, all of which will be 60 minutes each, and will see the return of RuPaul, Michelle Visage, as well as new judges Alan Carr and Graham Norton.

Alan also commented: “Wow! To be sat next to Michelle Visage and Mama Ru as a guest judge on possibly one of my all-time favourite shows EVER is a dream come true. I can’t wait to see what the UK Queens have got in store – it’s going to be sickening!”

Click here for everything you need to know about RuPaul’s Drag Race UK.