Is Gemma Collins joining the cast of Orange Is The New Black? 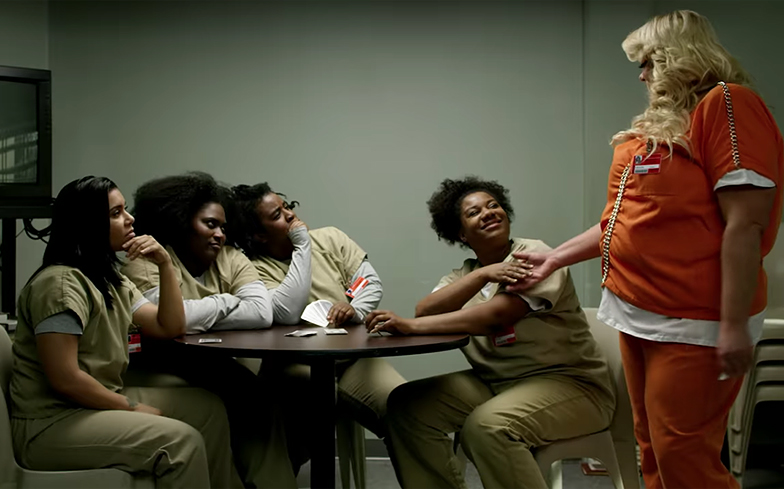 Netflix is hamming up their promotional wheel for the highly-anticipated sixth season of hit prison drama Orange Is The New Black, and it looks like they’ve bagged a rather bizarre cameo for the show’s return: Gemma Collins.

“Who’s the new British girl with the chains?” asks Cindy in a new teaser released by Netflix this week.

“Girls, I hear you talking, yes I am the Queen of England, but you can call me Gemma,” the former The Only Way Is Essex star replies. “You girls will already know I’m an internet superstar. YouTubes, Twitters, memes, everything.”

Response to the teaser has been… mixed.

You really think this is going to impress people? Think you should retrain or replace your promotion team?

Of course, Gemma’s not actually going to be appearing in the new season of Orange Is The New Black, it’s just a promo sketch, but we’d be lying if we said we weren’t keeping our hopes up for a proper cameo…

If you’re not convinced, Netflix’s official Twitter account has confirmed that it’s all just a bit of fun.