Is Drag Race about to provide fans with the show’s first on-screen romance? 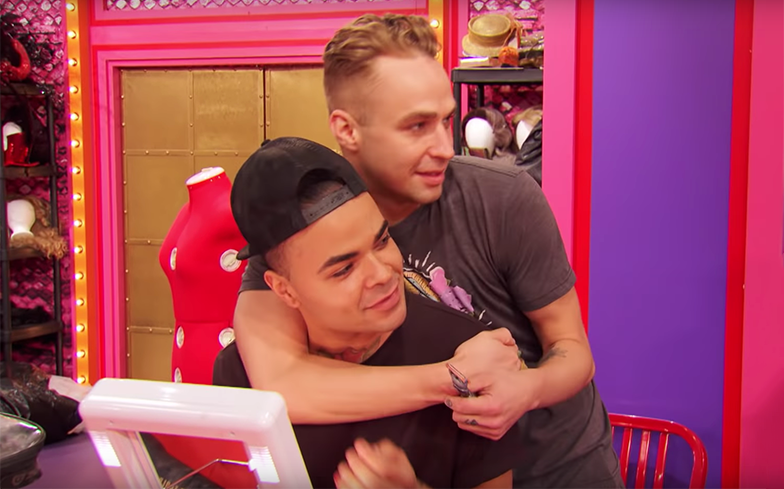 Last week’s episode of RuPaul’s Drag Race teased a possible romance between two of its contestants.

In the third instalment of season 11, we witnessed Brooke Lynn Hytes – the show’s first Canadian queen – and Vanessa “Vanjie” Mateo after the challenge sharing a kiss on the lips and a passionate cuddle.

Remind yourselves with the clip below…

We’ve never seen a romance between two queens on the series before, so fans are going crazy for their potential love story. See the best reactions below.

i can see the fanfictions about vanjie and brooke coming…

I’M SO READY FOR VANJIE AN BROOKE

OMG BROOKE AND VANJIE ITS HAPPENING

For this week’s maxi-challenge, the contestants will star in Trump: The Rusical, which will presumably be a parody-slash-attack-slash-commentary on the anti-LGBTQ politics he’s backed during his residency, most notably his decision to ban trans people from the military.

It follows in the footsteps of musicals in previous seasons that were dedicated to the Kardashians and Cher.

The original queen of reality television – the HBI-fucking-C – Tiffany “New York” Pollard is making her Drag Race debut, and she couldn’t be doing it at a more perfect time.

Watch a sneak-peek of the episode below.

Why you Maddow though? Def because of this administration.

Related: This queen on Drag Race Thailand just set herself on fire on the runway.