Introducing Queer Me Out: Chasing Tales, a brand new podcast from GAY TIMES and W Hotels 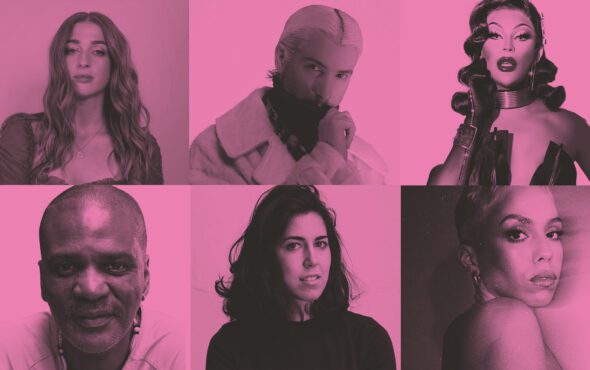 Each week, Queer Me Out: Chasing Tales will hear host Harriet Rose and a special guest reminisce about queer stories and experiences from some of Europe’s best LGBTQ+ friendly destinations.

The podcast series promises to give you the audio escapism you need right now, landing in some of Europe’s most popular destinations, including Ibiza, Rome, Amsterdam, Barcelona and London. We’ll meet queer people who love these cities, with stories from culture, nightlife, food, personal experiences and queer spaces told by the people and visitors who make each scene beat.

Guests include rising DJ ABSOLUTE. and his tales of Ibiza; jazz and soul singer Poppy Ajudha and her experiences of London; Drag Race Holland winner Envy Peru spills the T on Amsterdam; fashion designer Carlota Barrera takes us around the streets of Barcelona; and dance music pioneer Kenny Carpenter reminisces about his trips to Rome.

Each episode is packed with unique stories, humorous tales, and top travel tips from cultural purveyors who live and breathe the international lifestyle.

In conversation with Kiss FM Breakfast Show presenter, Harriet Rose, some of Europe’s key destinations are brought to life through a queer lens for LGBTQ+ listeners and allies to enjoy.

Queer Me Out: Chasing Tales is a collaboration between GAY TIMES and W Hotels. A new episode will be released every two weeks. Listen and subscribe on Apple Podcasts, Spotify or wherever you listen to your podcasts.

EPISODE 1 – ABSOLUTE. (Anthony) – Ibiza –  Absolute has been a key figure in the vibrant LGBTQ+ club space (promoting influential events Super Electric Party Machine & WUT?CLUB), and is now a DJ, producer, and live artist – very much in the spotlight of international electronic music. He’s also best known for his String Theory and his album Wonderland. In episode 1, Absolute takes us to Ibiza and reminscines on how the white isle that once graced the pages of Mixmag very quickly became one of his favourite destinations.

EPISODE 2 – Poppy Ajudha – London – South London jazz and soul singer and model Poppy Ajudha is absolutely one to watch. She is versatile enough to lend her vocals to disco and electronic cuts, but she shines brightest on her original jazz-infused solo tracks. Keenly creative as a teen, Ajudha began writing poetry at age 16. Her debut EP, Femme, arrived in 2018, and she has been making a huge impact on the music and fashion scene ever since. Poppy will feature in a very special live recording at W London on 10th September. Stay tuned for more info!

EPISODE 4 – Carlota Barrera – Barcelona – Carlota Barrera is a fashion designer who made her debut for Spring Summer ‘19 with her collection titled ‘The Matador and The Fisherman’, presenting her contemporary vision of core menswear. The brand has received awards such as Vogue Fashion Fund Spain in 2019, amongst others.  The label aims to explore modern silhouettes and to create collections that reflect the classical techniques of tailoring and craftsmanship with a new design and visual approach. In the words of Carlota “Contemporary clothing through a female gaze.” Reminiscing about travel and time in new destinations, Carlotta says, ‘I think it’s such a gift you can give yourself, or to anyone – the gift of time, and being in a different location. It’s the perfect gift, and it’s the perfect thing to do.’

EPISODE 5 – Kenny Carpenter – Rome – Kenny Carpenter is considered by his peers to be one of the forefathers of dance music. He emerged on the New York club scene in the 1970s and has continued to play an integral role in the development of dance music. Kenny has gained international recognition as one of the world’s finest radio DJs and will become a regular guest DJ at W Rome when it opens later this year. Sharing tales of his time in Rome, Kenny says, “When I first laid my eyes on Rome… it just sunk into my heart and I fell in love with the city.”

Listen to episode one now on Apple Music, Spotify, Acast or Amazon Podcasts.

If you fancy creating your own tales, be sure to check out the latest hotels and happenings at https://w-hotels.marriott.com/.