Instagram removed a photo of two men kissing, and here’s what they had to say about it 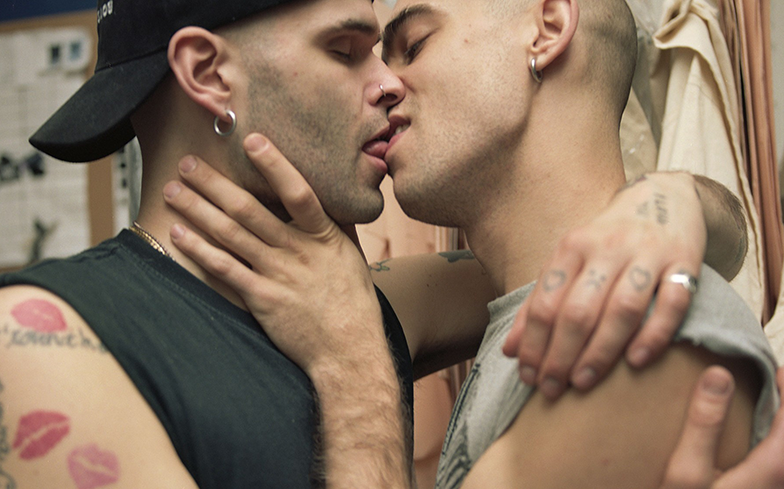 The photo – which features Jordan Bowen and Luca Lucifer kissing – has already been published in I-D magazine, and is part of a series of photos by Consonni in which she explores modern relationships through couple’s portraits.

Shortly after it was deleted, Years and Years frontman Olly Alexander and Little Mix star Jade Thirwall condemned Instagram, which led to widespread backlash from users of the social media platform.

On his Instagram, Bowen said his relationship of seven years with Lucifer had been “reduced to a Community Guideline”.

“Earlier this was removed from @stellaasiaconsonni and flagged as inappropriate,” he told his followers.

“@instagram spoon feeds us with rainbows and hashtags to appear in solidarity but it seems real people in love have no place here. This is discriminatory and archaic and violates our right as a couple.”

Instagram have now issued an apology, and said it was removed by mistake.

A spokesperson said: “This post was removed in error and we are sorry. It has since been reinstated.”

Consonni responded on her Instagram story: “Thank you for the amazing support that came from so many of you.

“This is just a very teeny tiny event in the grand scheme of things but seeing all the amazing response certainly restored a little of my faith in humanity.”

She continued: “Instagram briefly apologised. But there is still a long way to go in the fight against homophobia. This goes to all my beautiful friends that have to deal with this BS all the time. Keep fighting.”