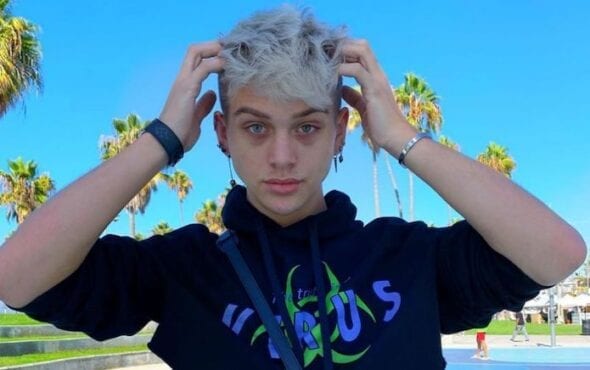 Beauty blogger and Instagram influencer Ethan Peters (aka Ethan Is Supreme) has died at the age of 17.

It is believed the young online creator passed due to a drug overdose.

It was revealed on social media by fellow friend and influencer Ava Louise that Ethan suffered with addiction. The influencer has over half a million Instagram followers and 139,000 YouTube subscribers.

Speaking to Fox News, Peters’ father, Gerald, confirmed the passing of his son. The blogger was found in his bedroom at 11am yesterday. In a statement, he described his son as a “kind soul, who accepted everyone for who they were.”

Other online personalities paid tribute to the star including Louise and YouTuber Manny Mua. Louise stood in solidarity of her friend who had previously been accused of using racist slurs and transphobia.

If anyone talks negatively about my friend and his actions over the past year he was battling addiction. If anyone has anything negative to say about addiction I will come for you with a vengeance. Speak positively of Ethan. He was an artist & inspiration. So talented.

rest in peace ethan @trashqueenethan you were so incredibly talented at such a young age. i know he’s made many many mistakes… but to say he deserved to pass away is horrible and inhuman. i pray for his family and loved ones, a horrible loss 💔