Inside Pussy Riot is a quirky piece of performance art – review 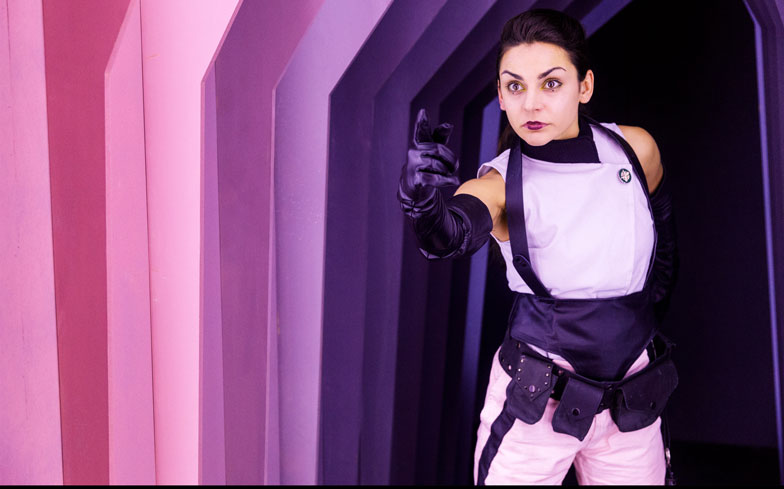 The immersive story of the Russian punk rock group has opened at the Saatchi Gallery.

Inside Pussy Riot, by theatre outfit Les Enfants Terribles, tells the tale of Nadya Tolokonnikova. A founding member of Russian protest band Pussy Riot, she was arrested following a guerilla performance in a Moscow cathedral and, following a show trial played out for the world’s media, she was sentenced to two years’ hard labour in a penal camp.

This 60-minute retelling is very much an interactive experience – we don balaclavas and are allocated placards, join a protest in a church, are arrested, tried, jailed and forced to complete menial tasks. The piece concludes with a recorded message from Nadya and offers us the opportunity to testify for what we believe in. It’s an intriguing concept, but how does the delivery shape up?

In all honesty, it’s rather inconsistent. There are a couple of good moments – the church service neatly skewers some infamous quotes from Theresa May and Donald Trump, while the forced-labour tasks were used effectively. We genuinely felt helpless trying to thread needles – most of which turned out to be pins – or attempting to operate a complicated sewing machine, given only a Russian-language instruction manual.

Too often, sadly, it misses the mark. The police station isn’t particularly scary and an actor in the scene even breaks character to remind us that this is a performance, advising that she has the choice to ignore the instructions being barked at her. The show trial, while looking very nice – we liked that the judge’s arms were attached to strings, reminding us that this was a puppet of the state – was rather too comical for us to ever feel in real peril.

Generally speaking we felt the tone was a bit off throughout. The story is interesting and the subject matter important, and there is an inspiring message behind it all, but this performance handles some very serious issues in a lighthearted or ironic way. The stakes don’t feel high enough and there’s never any real sense of danger. We left marginally better informed of Nadya’s story, but hardly inspired to go out and make a difference. The revolution was never likely to start in Chelsea, though.

Inside Pussy Riot isn’t a disaster – it’s a quirky and mildly diverting piece of performance art with some interesting moments. Unfortunately it’s just too inconsistent in its delivery for us to really recommend the experience.