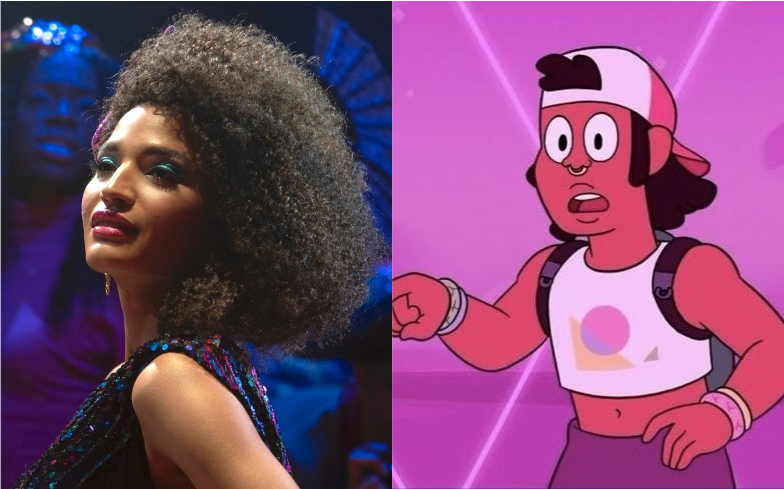 Indya Moore will be playing Shep in Steven Universe: Future.

Shep made their first appearance in the recent episode Little Graduation, as the partner of Sadie from the rock band Sadie Killer and the Suspects. In the episode, Steven fears that he is growing distant from his friends and unwittingly traps them in a pink dome.

Shep helps Steven process his emotions over the matter, which results in the dome dissipating.

Steven Universe has been LGBTQ-friendly since it began airing, with the character of Garnet being made out of the love of Ruby and Sapphire. The contrasting personalities of Ruby and Sapphire eventually question their relationship, but near the end of the fifth season they recommit themselves through marriage.

One of the main animators of the show, Rebecca Sugar, recently revealed that the show had been trying to air a wedding between the characters for years, but they had faced opposition from “bigoted countries.”

“We are held to standards of extremely bigoted countries,” Sugar explained. “It took several years of fighting internally to get the wedding to happen.

“There are people who see what we’re doing as insidious and … they’re ignorant. So much bigotry is based on the idea that LGBTQ content is something inherently adult, which is entirely false.”

Sugar also spoke of the importance of LGBTQ representation on television screens, especially with LGBTQ rights across the globe under threat, explaining: “Right now what is so critical is just that queer youth understand adults in the world know they exist, appreciate they exist.”

Related: Indya Moore feared their past sex work would “harm” them in the industry