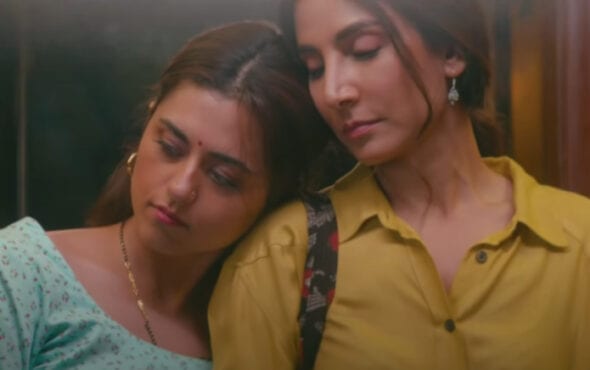 The producer and director defended her decision to explore same-sex narratives in her work, and reflected on the positive reception they have received online and in the press.

Kapoor’s latest project, The Married Woman, follows the life of Astha and her journey to discover her true identity as she blurs all the boundaries set by society to find the love story she never knew she longed for.

The new TV series is based on the acclaimed book by Manju Kapur and will be available to watch from March 8 on ALTBalaj’s streaming platform.​

On social media, the director opened up to fans and followers about her choice to write LGBTQ+ shows.

“This is for everyone who has been asking me why we are releasing two same-gender love stories in a span of two months. To them, I would like to say that we do millions of opposite-sex love stories & no one asks that,” Kapoor tweeted.

She added: “That’s how marginalized and lowly represented stories of the LGBT community are. Acceptance for all kinds of love and ALTernate storytelling is what we, at ALTBalaji wish to showcase with our stories!

“Our recent launch, The Married Woman has been loved and appreciated by all! We’re humbled with the response of the audience and critics alike on our same gender love story! Here’s hoping, our next show, HisStoryy also makes a place in your hearts and helps people out there who are scared to be true to themselves.”

Kapoor pushed for greater acceptance and tolerance in her six-part post. “We hope you will give as much love to Kunal & Preet as you gave to Astha & Peeplika.

“Staying closeted could be claustrophobic, in a world where accepting one’s sexuality and gender choice is a constant struggle, let’s normalize these love stories one step at a time.”

Closing her statement, the director thanked her community and shared a powerful statement of solidarity with the LGBTQ+ community: “Thank you India for giving us this support and acceptance in this alternative storytelling space.

You can watch the trailer for A Married Woman here or below.