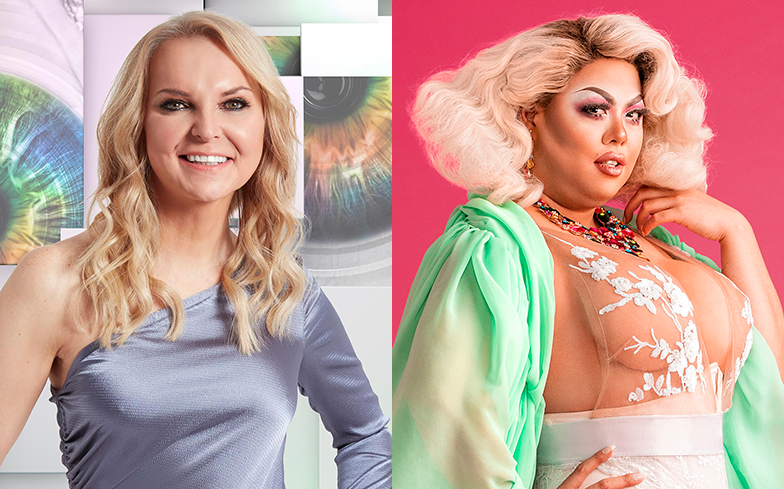 “Any other show, people would be screaming about demeaning women and racism.”

When Sum Ting Wong sashayed into the werkroom, she told audiences that her name – which comes from a racist viral prank video – is “a reclamation for those little microaggressional racist digs that people give out”.

Cheryl Hole’s name doesn’t need much explaining, unless you’re from across the pond and don’t know who five-time UK chart-topping British sensation Cheryl Cole is (watch her Call My Name video here and you’ll become a stan, fact).

Willoughby – who once compared drag to blackface – seems to think their names are racist and sexist.

“Cheryl Hole, Sum Ting Wong… horrible. A career ender for Benny Hill,” the journalist wrote in a now deleted tweet. “Any other show, people would be screaming about demeaning women and racism. But because it’s drag. Endorsed by celebs too.”

Cheryl hit back at Willoughby, writing: “My name is a pun on Cheryl Cole – someone who inspired a hell of a lot of my childhood, my creativity and my work. Would you prefer it was Cheryl Mole, Pole, Troll, Soul, Bowl, LOL.

“Drag is about bending the realms & parodying reality… But sure India.”