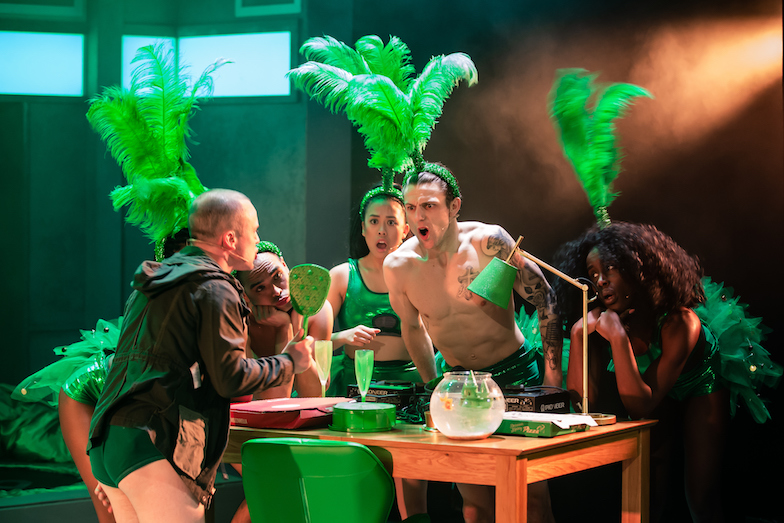 Based on Kenneth Grahame’s classic 1908 novel The Wind in the Willows, this contemporary musical, directed by Poppy Burton-Morgan, is currently touring the UK.

Over the weekend we were invited to the New Wimbledon Theatre to review In The Willows, a 21st-century adaptation of the classic novel featuring elements of British Sign Language and hip hop dance. This was a fully-signed charity gala night, raising funds for the National Deaf Children’s Society. Set in the present day, it reimagines The Willows as a challenging secondary school on a run down estate; The Riverbank is still the place to hang out, but it’s been transformed into the local nightclub.

Olivier Award-winning actor Clive Rowe takes the lead role of Badger, a teacher at the school. He has some excellent comic timing and plays the part with a palpable warmth and charm – he is not simply teaching his students, but also doing his best to keep them out of trouble. Victoria Boyce plays Mole, the nervous new kid at the school who is befriended by Rattie (Zara MacIntosh). X Factor’s Seann Miley Moore stars as an amusingly flamboyant Duck – and impresses with some strong ensemble singing and choreography – while deaf actor Chris Fonseca as Otter wows the audience with his technically demanding dance routines.

Of course any rendition of this classic story would suffer without a strong Toad and thankfully Harry Jardine really delivers. His is an energetic, charismatic and fun performance, while his song Easy Life is one of the most memorable numbers in the musical.

It’s one of those shows that’s difficult not to like. Brimming with joy and energy throughout, it has a relentlessly feel-good message at its heart. It may not be the smartest or most thought-provoking piece of theatre but sometimes we just like a couple of hours of easy entertainment, and In The Willows provided exactly that. Everything looks and sounds great, there’s a healthy dose of humour, and there’s plenty here for audiences of all ages to appreciate.

We weren’t quite sure what to expect from a modern, street dance influenced adaptation of Wind in the Willows, but we left the theatre thoroughly impressed. It’s an entertaining feel-good show with some catchy original songs – we found ourselves humming the main theme all the way home. Well worth checking out.