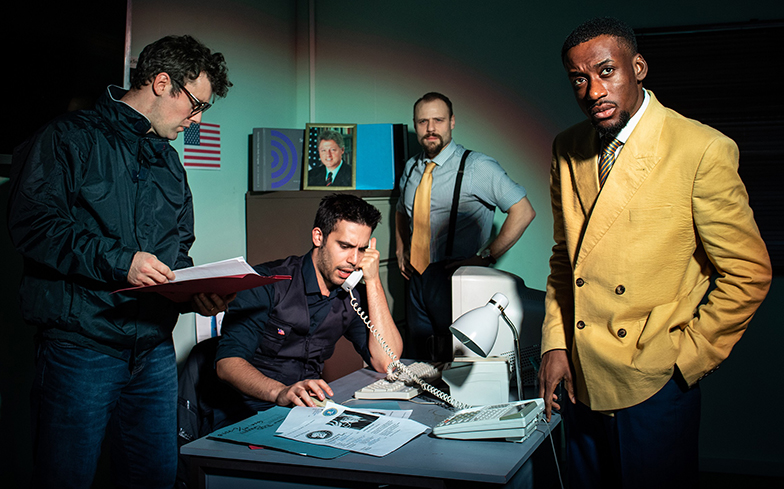 The producers of London’s The Great Gatsby immersive experience have brought Jordan Belfort’s story to the heart of The City.

We have a fundamental issue with the immersive Wolf of Wall Street experience – we’re just not quite sure who it’s for. Of all the fictional worlds we’d like to inhabit, this one is far from the top of the list. While the combination of testosterone-fuelled bad behaviour and rampant misogyny is probably an accurate depiction of Stratton Oakment’s working environment, it doesn’t make for a particularly pleasant place to spend three hours. Especially not having paid £60 a pop for the privilege.

Proceedings start promisingly enough. We enter the vast building on Sun Street and, after a short briefing about the rules of immersive theatre, we’re invited to check out the various bars and have a meander around parts of the venue. There’s a palpable buzz and everyone seems in good spirits. The scale of the operation is impressive, too – there are lots of rooms to see and the large cast are in character from the get go. Unfortunately, when the show actually begins, it’s distinctly underwhelming.

There are different narratives to follow but essentially audience members either become involved in Stratton Oakment’s dodgy dealings or the FBI operation to shut them down. Those unfamiliar with Belfort’s memoir, or the Martin Scorsese film adaptation, may struggle with the story – we only really see one side or the other during the experience. The large group scenes feel a bit disconnected, too – when we’re taken off to a more intimate room and are privy to some secret information it improves, although this never seems to have significant consequences.

While the sheer amount of rooms to explore impresses, everything all just feels a bit cheap. Belfort is meant to be super rich and live a luxurious lifestyle, but there’s little evidence of that apart from the regular bouts of throwing fake $100 bills at each other or continual drug use. The fixtures and fittings of the venue leave a lot to be desired; the nicest space to actually spend any time is the bar at the start.

It’s difficult really to recommend this immersive experience. It may not be a complete disaster, and the actors are clearly working hard, but we’re just not sure who would enjoy spending this much time in this type of environment.