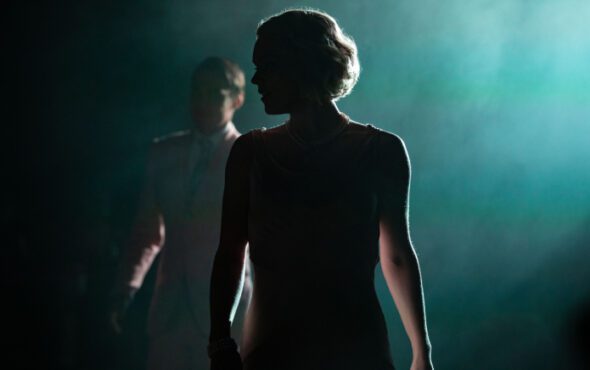 The immersive experience is playing at the Immersive LDN studio in Mayfair in a production adapted and directed by Alexander Wright.

We’ve been to review a handful of immersive theatre productions before – although this is our first in quite some time, given the difficulty with safely staging such a show since the pandemic hit – and there have been quite mixed results. We’re aware that experiences can vary wildly, as there can be multiple possible outcomes and different paths through a show like this – but we’ve felt that some can be a little dull, with not enough going on and too much time spent milling around a central hub.

This was certainly not our experience of Immersive LDN’s Great Gatsby. The scene was set nicely on arrival, with a prettily-appointed main room featuring a bar, a grand piano and a chandelier; we had time to order cocktails and admire outfits, guessing who were guests and who were actors. When the company joined us they dived straight into a song, and an impressive Charleston number – then we were almost immediately whisked off to a side room where Gatsby spoke to a smaller group about business and investments. He then pulled us through into his bedroom and tasked us with a secret mission, but no sooner had we returned to the main room, we were whisked away again for an entirely separate quest elsewhere.

We’re aware this may not be the experience of everyone attending, but we spent pretty much all of act one completing secret missions in multiple different rooms and corridors, chatting to pretty much all the lead actors – we returned to the action just before the interval, to witness Gatsby reuniting with his true love Daisy. We were certainly kept entertained. With the first act largely concerned with more frivolous affairs, act two upped the dramatic ante significantly with most of the striking scenes from the book unfolding there. There were some impressive acting performances on display. We saw understudy Gatsby (Greg Fossard) who turned in a commendable performance, and while this is a show full of romantic twists and turns, the one we were most invested in was the story of Myrtle (Aminita Francis) and George (Steve McCourt). Theirs was the most complex and nuanced, with – in a strong cast – Aminita Francis in particular standing out as having a commanding presence.

We were really quite taken with Great Gatsby. We’re aware we probably had an unusually good experience which may not be representative of most people’s time with the show; and we noted some minor operational issues – the bar staff seemed completely overwhelmed at the interval which led to a few grumbles from guests. As far as immersive theatre experiences go, though, this is one of the most enjoyable and entertaining ones we’ve attended – it manages to capture the glitz and the glamour of one of Gatsby’s parties, resulting in a fabulously fun night out.