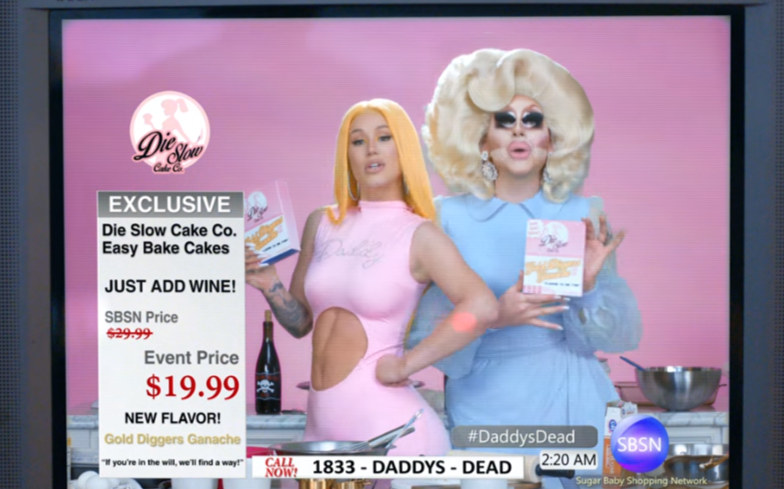 “I started from the bottom and now I’m rich.”

Iggy Azalea has just dropped the music video for new single Started, and trust us when we say this, it could be the funniest music video released this year.

The video starts off with Iggy marrying a rich older man on an oxygen tank, before moving into his mansion. As the pair are in bed together, they watch an advertisement from the Die Slow Cake Co. featuring Iggy and Drag Race legend, and All Stars 3 winner, Trixie Mattel.

The pair advertise a cake that can kill off a sugar daddy. Iggy then attempts to smother hers, before settling on the cake. After he dies, Iggy is visited by another Drag Race legend, current contestant Vanessa Vanjie Mateo, who delights in the death of her sugar daddy, and asks for help in getting rid of hers ― watch out Brook Lynn.

Iggy confirms that she will be remodeling the mansion, and slowly transforms it into more of a club setting.

This isn’t the first time that Iggy has teamed up with drag queens for her music videos, as Sally Walker featured legends like Vanessa ‘Vanjie’ Mateo, Mayhem Miller and Shea Couleé.