Huawei have changed smartphone photography forever with the P30 Series 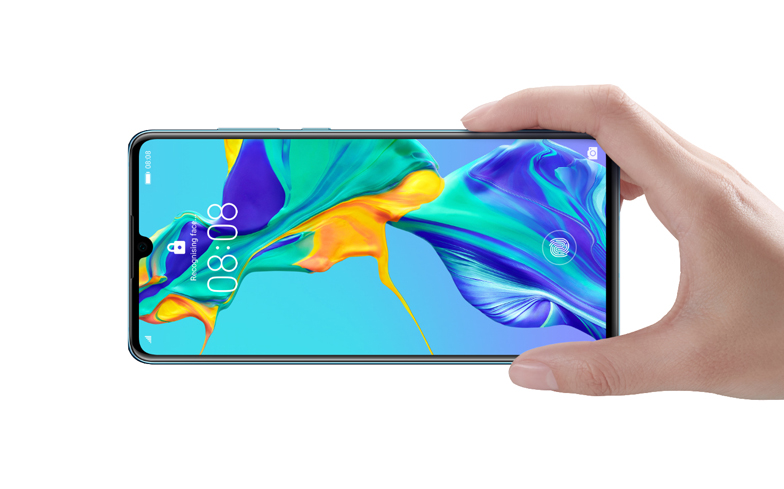 We’re willing to bet that many of you out there, much like us, use your smartphone more for capturing, editing, and posting imagery than anything else these days.

It means that when looking for your next smartphone device, the camera quality is likely top of the list of features that need to meet certain expectations. With their latest model, the P30 and P30 Pro, that’s a consideration Huawei has kept at the forefront of their design. Their tagline for the marketing campaign says it all: Rewriting the Rules of Photography.

Now that sounds like a fairly hefty claim, and many might write it off as marketing hyperbole. But having used the P30 Pro’s camera for a week, its capabilities and the results it produces are megapixels ahead of the nearest competition.

So how do they achieve this? When you first pick up the device you’ll notice three main cameras on the back. The P30 and P30 Pro are both equipped with a new Leica Quad Camera System, that helps it produce smartphone photography at a level that needs to be seen to be believed.

There’s a 40MP main camera that comes with Huawei’s SuperSpectrum Sensor, a 20MP ultra-wide angle camera, an 8MP telephoto camera, and a 32MP front camera. For those of you not technically-minded, take our word that that’s a considerable amount of capability that can capture crisp and professional-grade photography at the tap of a button. You don’t need to be an expert to achieve stunning pictures, and all from a piece of tech that fits in your pocket and hand comfortably.

But it’s Huawei’s SuperSpectrum Sensor that gives it the ability to achieve almost unbelievable results. Instead of incorporating the traditional RGGB Bayer filter (Red, Green, Green, Blue), they have instead replaced green with yellow. The RYYB sensor allows more light to be absorbed, as the yellow can bring in green light as well as some reds.

To put this in a more consumable context, it means the camera on the P30 and P30 Pro will perform significantly better in low-light environments. Having tested it in a room with no lights on at all, it is remarkable that it can still capture and show objects in the space.

This proves most useful when capturing imagery on summer nights out, in venues with low light, and at a dimly-lit restaurant where the food looks way too good to miss that photo opportunity. What the SuperSpectrum Sensor also achieves is enhanced detail and more focussed shots of the subject, making a high level of photography doable in the most challenging of environments.

We took the below photograph on quite a dark Spring evening in a back street in Paris, and despite the low light, our P30 Pro captured rich colours in the dusky environment, and plenty of detail on the street signs and window displays. Captured at nighttime on the Huawei P30 Pro

With the wide angle feature on the camera, we also managed to get an epic shot of Gare du Nord station before our journey back to London, with the lens capturing the full scale of the building while also achieving incredible detail on the travellers below.

Which brings us nicely to the P30 and P30 Pro’s zoom capabilities. We’ve lost count of the amount of times we’ve been at a gig, aimed our smartphone camera at the stage to take a picture of our favourite pop diva, only to capture a distant, incomprehensible blurry shape instead.

P30 and P30 Pro’s SuperZoom Lens ability leaves those moments firmly in the past. Using all three of the cameras, Huawei have unlocked the capability of superior zoom technology on a smartphone device. We’re talking support for 5x optical zoom, 10x hybrid zoom, and a whopping 50x digital zoom. We’ve lost track of the amount of times we’ve zoomed in to the distance and been left stunned by the level of detail the camera still manages to pick up.

With all of these groundbreaking features, you’d be forgiven for thinking that achieving the best results would require an Open University course in smartphone photography. Don’t worry, that isn’t the case. Huawei AI HDR+ brings all of this together as an on-board assistant to make sure you get the perfect shot. That means bye bye to backlit images, and au revoir to overexposed pictures. It genuinely is as simple as framing your shot, pointing, and clicking. But it’s not all about photography. For those aspiring, or even professional, videographers out there, the P30 and P30 Pro comes with the claim it is ushering in a new era of studio-grade footage. There’s stabilisation support for all video capture settings, and that SuperSpectrum Sensor we were raving about earlier delivers optimum performance in low light.

Huawei’s Dual-View Video feature is one of the most exciting functions here, however, as the user is given the ability to film two perspectives at the same time. The P30 Series gives you both the full view of the scene, along with a close-up of the subject making it easier than ever to produce studio-quality short films.

So what about everything else, we hear you ask? The P30 Series has plenty of features that sets it apart from other flagship devices on the market. From its sleek design, large screen (6.74 inches on the P30 Pro, and 6.1 inches on the P30), and near bezel-less front glass display, to the five beautiful and unique colour options (we went with Breathing Crystal), it’s more than a contender when it comes to judging the look and feel of a premium handset. It charges quickly too, going from zero to 70% battery with just a 30-minute charge, which will keep the device powered for a full day. While we’re on the subject of charging, one clever little addition is that of reverse charging. Essentially you can flip your phone screen down and place another device on top that has wireless charging capabilities, and it will give it a burst of power to keep it going.

With all of this powerful tech packed into it, it will come as little surprise that there are industry-leading processors and memory under the hood to make it all run quickly and seamlessly. It also uses SuperCool technology to make sure your device doesn’t overheat, and to improve the thermal performance of the handset.

As for the handset’s software, the P30 Series are Android devices. However, they use Huawei’s Emotion UI interface which kind of falls somewhere between the traditional Android look and something slightly closer to iOS. For those worried that a jump from an Apple device would be too much of a change, EMUI makes that switch a bit smoother.

There’s a reason you’re hearing a lot of hype around Huawei at the moment. Out of nowhere it has fast become a real contender in the smartphone space, delivering forward-thinking technology and taking risks on new features that are changing the way we use our devices. If you’re looking for a handset that can produce excellent photography and is packed with innovative functions, you’ll do well to find a better option than the Huawei P30 Series.

For more information about the Huawei P30 Series, click here