How well does Calum Scott know his gay anthems? We found out… 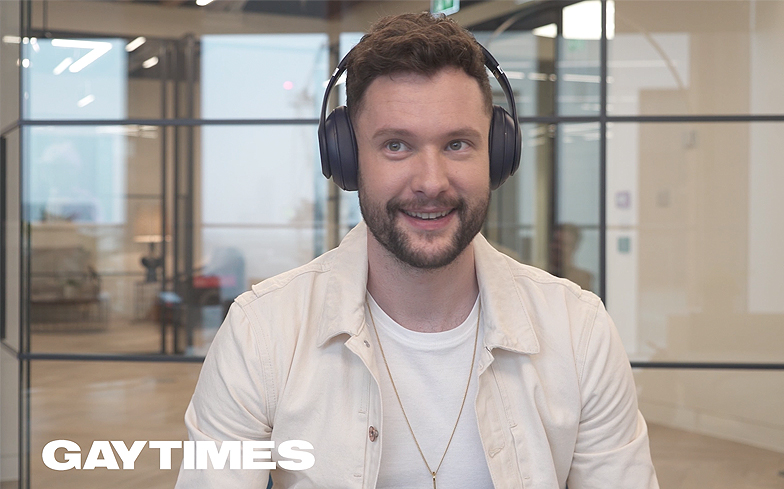 If you’ve listened to Calum Scott’s debut album Only Human, you’ll know that the singer-songwriter has a knack for a pro-LGBTQ ballad.

The openly gay star has been very honest about his coming out journey, using his music to chronicle his experiences in the hope of helping and inspiring any LGBTQ people out there going through similar circumstances.

But considering he’s written a few LGBTQ bops himself, we wanted to test Calum’s knowledge on some truly fabulous gay anthems.

We recently caught up with the star to play him six iconic songs that the gay community embrace, but how many did he guess correctly?

Watch the video below to find out which legendary pop diva inspired him when he was younger, what he didn’t realise RuPaul did, and which Motown star he has to apologise to on camera during this quiz…

The special edition of Calum Scott’s debut album Only Human has been released around the world today.

It features his new single No Matter What, as well as new cuts Need to Know and Sore Eyes.

And has the festive season is upon us, it also includes his rendition of White Christmas which was recorded live from Abbey Road Studios.

Related: Calum Scott on Pride, hidden talents and his dream duet in our latest episode of 21QW

“I make the music that I do because I desperately want to inspire the right kind of conversations. I think that’s what we’re missing,” Calum explained earlier this year.

“If one less kid can grow up without having to hide who they are on the way, or having to believe that who they love is something that will make them lonely, then everything I went through will have been worth it.”

Since initially releasing Only Human in March this year, it has gone on to become the best-selling debut album by a male British artist in 2018.

It features his huge cover of Robyn’s Dancing On My Own, along with his hits You Are The Reason, Rhythm Inside, and What I Miss Most.