How Strictly Come Dancing’s 2018 return was everything we needed 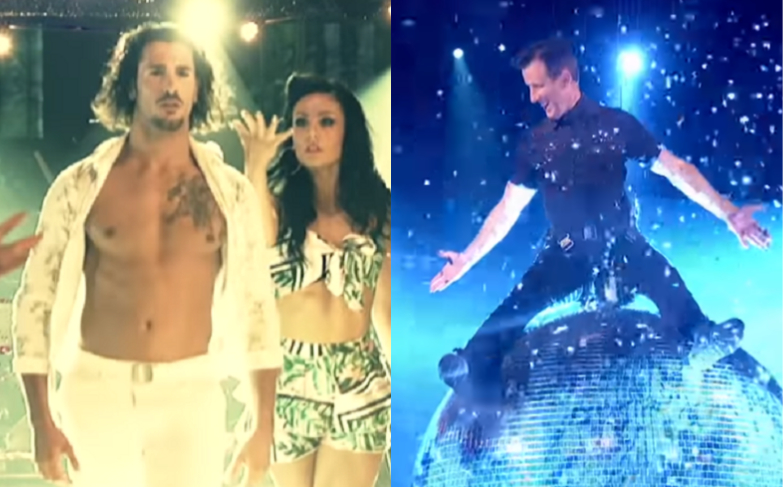 A giant glitterball, breath-taking moves and 15 separate puns on a celebrity’s job… it can only mean that Strictly is back.

Summer is over, and any hopes of a future heatwave are fading. So as the nights get longer and colder, there’s one thing that is guaranteed to get us through them, and that is Strictly Come Dancing.

There has been a lot said about this year’s line-up, and while it can be argued that it’s weak in some areas, it’s also one of the most interesting line-ups in years with people like Joe Sugg, Dr. Ranj Singh and Stacey Dooley. And plus, when the dancing begins we’ll quickly start getting our favourites and forget the whole palaver over the echos of “who?” that were shouted.

And even though Theresa May tried offering her own tips to the celebs, the evening managed to go off without a hitch.

In fact by the end of the first routine, it was easy to be reminded over what had been missed the past few months. Spectacular lifts, the judges breaking out their own moves, Anton du Beke entering the studio on an enormous glitterball – just an FYI for all future press launches, this is how we plan on arriving.

There were several other routines with the night as well, including a stunning routine to Havana by Camila Cabello. The filter on the camera was beautiful and new pros Luba Musktuk and Johannes Radabe were the stars in their sections of the routine. And when new boy Graziano Di Prima come on, not only did he still a few beating hearts, but he changed up the whole tempo of the routine, having it end as spectacularly as the rest of the show.

But the main event for tonight was the celebrity pairings. Now some, like Susannah Constantine and Anton were incredibly obvious, but some like Graeme Swann and Oti Mabuse and Katie Piper and Gorka Márquez were a bit more surprising.

As the series goes on, it’ll certainly pay to keep your eyes on Ashley Roberts and Pasha, Faye Tozer and Giovanni Pernice and Danny John-Jules and Amy Dowden, but as accusations about past training are bound to dog them down, it’s unlikely that they’ll end up lifting the famed Glitterball trophy.

But, Lee Ryan is likely to emulate the success the fellow Blue member Simon Webbe, and Vick Hope,  Charles Venn and Stacey Dooley were showing some good moves out on the dancefloor, and although we didn’t see much of Joe Sugg moving, his fanbase will get him far and I reckon he’ll be able to learn the routines well.

Despite previous experience, Ashley & Pasha are still the couple I’m most excited to see. And after seeing him struggle with same poor partners for the past three years, although Chizzy was amazing and was eliminated far too early, it’s great to finally see him with someone who he can create some magic routines with. Bring on their Charleston!

There are doubts over Graeme and Seann Walsh, and they’ll probably be some of the early leavers. Susannah will get as far as your typical Anton partner does, but the rest aren’t showing any obvious signs of strengths or weaknesses, and it’ll be interesting to see how far they go.

Of course, as is the norm when it comes to predicting how Strictly Come Dancing will go, watch the above few paragraphs turn out to be completely wrong in a few weeks.

But Strictly fever has definitely hit, and the wait for the show to properly begin in two weeks feels too far away.