How Love is Spelt a quirky, unusual comedy – review 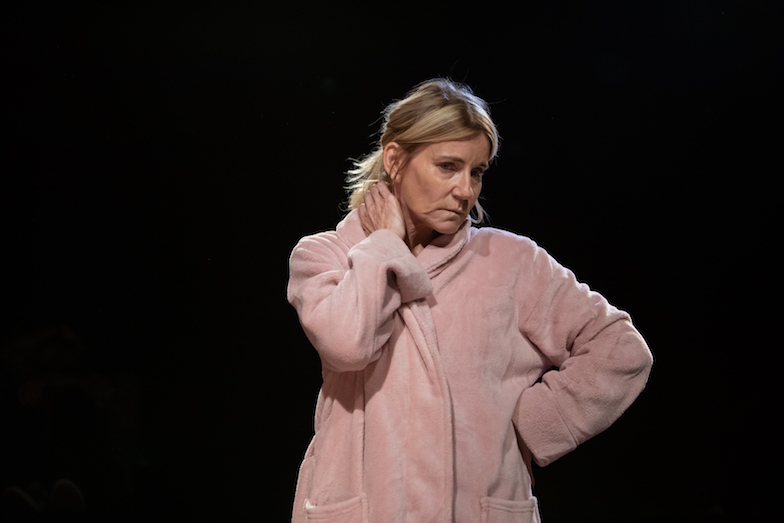 First performed at the Bush Theatre in 2004, Chloe Moss’ play has been revived for its 15th anniversary at the Southwark Playhouse, directed by Charlotte Peters.

How Love is Spelt documents a couple of weeks in the life of Peta (Larner Wallace-Taylor), a 20-year-old who has recently moved to London. Episodic in nature, it comprises five scenes, each with a unique character – whether that be a new friend, a one-night stand or a concerned neighbour. Set entirely in Peta’s messy London bedsit, it’s a quirky and unusual comedy. Sometimes hilarious, often excruciatingly awkward, these conversations and interactions are enjoyable to observe.

The play feels very much of its time. The decor, the music, the clothes – it’s all very 2004 and mostly works well. Unfortunately, elements of the text are a bit dated; some of the choices of language which may have passed as casual banter 15 years ago are somewhat problematic when viewed through a contemporary lens.

The five episodes are all reasonably enjoyable although some are noticeably stronger than others. In turn we are introduced to Joe (Benjamin O’Mahony), very much a lad’s lad who spends most of the scene in his boxers; Steven (Duncan Moore), a history teacher who is endearing but painfully awkward; Chantelle (Yana Penrose), a new friend Peta has made on a night out who is suffering the consequences of too much alcohol; Marion (Michelle Collins), a well-meaning but nosey neighbour; and Colin (Nigel Boyle), a figure from Peta’s previous life “up north” who has travelled down to the big smoke to see if she’ll return.

Of the five, we particularly enjoyed the intervention by neighbour Marion, who collected Peta from one of the communal staircases in their block of flats after she had fallen down them. Michelle Collins’ is a brilliantly understated performance, full of neat observations, wry looks and subtle humour. We also enjoyed Duncan Moore’s portrayal of history teacher Steven – while we cringed almost every time he opened his mouth, we did find many of his character traits believable and relatable.

How Love is Spelt is a charming, slight, quirky play. It’s far from the most ambitious of shows and it feels a little dated and tired in places, but it also has a good sense of humour and some decent acting performances. It may be a simple concept, but it’s a perfectly enjoyable way to spend a couple of hours.