How are the Drag Race girls affecting queer nightlife across the globe? 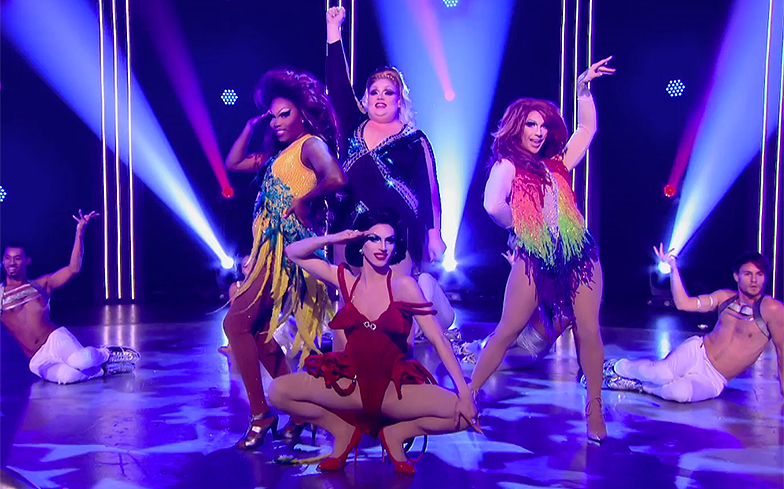 Ahead of Pride in London this past weekend, W London held a discussion panel to speak about the current issues facing, and the future of, queer nightlife.

Titled Queer Nightlife: Thriving or Threatened?, the conversation was moderated by Sink The Pink mastermind Glyn Fussell in front of an intimate audience.

Considering RuPaul’s Drag Race has ascended to cultural phenomenon status over the past few years, the discussion inevitably turned to how that has affect queer club nights.

“You can’t go to any bar without one of them being there,” Oly Innes said, commenting on the Los Angeles nightlife scene. “It’s difficult. I love it and I hate it. “I’m obsessed with the programme and I love all the girls. I love how the show has made something for us – I went to see a show with all my friends and the feeling is amazing when you’re watching it in a bar. Those Ru girls fill out bars.

“However, it’s just not sustainable. As a promoter and producer of club nights, the competition is insane and the rates are getting crazy.

“These season 10 girls, even if my club was at total capacity, I couldn’t afford them.

“As for the local girls, I just feel so bad for them. They’re the $100 girls, and these season 10 queens will fill a bar and it’s amazing, but they’re everywhere. And if you haven’t got a RuPaul girl and the bar next door has… The competition is so fierce in LA, they do rely a lot on RuPaul girls. They sweep everyone up when they come out of the show.”

Reflecting on the incredible popularity of Drag Race, Princess Julia added: “I was going to ask a question: do you think when we look back at this time that we’re in right now, that this decade will be remembered for drag being kind of a counterculture of sorts?

“It’s such a huge movement, and it’s global. I was at an event at The Troxy and they’d hired in all of the RuPaul queens for the Drag Race tour. The audience seemed to be mostly young girls. So for me that made me realise that this has really reached out to a wider demographic.” Elsewhere in the discussion, Paris Lees spoke about the future of queer nightlife, and the possibility of it becoming more inclusive as our want for going clubbing shifts.

“Y’know, people don’t just go out to pull, but it is a big part of why people go to clubs specifically for gay people,” Paris said. “There’s nothing wrong with that. I feel that as more people meet on apps, maybe that clubbing space will be people coming together just for the music or the vibe. I’m all about that really.

“Just because we’re LGBT it doesn’t mean we’re all going to be on the same vibe, so I hope it can be democratising for clubbing really – regardless of your sexuality.”

This discussion formed part of Queer Me Out; a speaker series that has been initiated by W Hotels worldwide.

Gay Times teamed up with W London and Glitterbox to hold our biggest ever Pride party over the weekend, which was attended by over 2,000 people.