Hotter a fun show with lots of potential – review 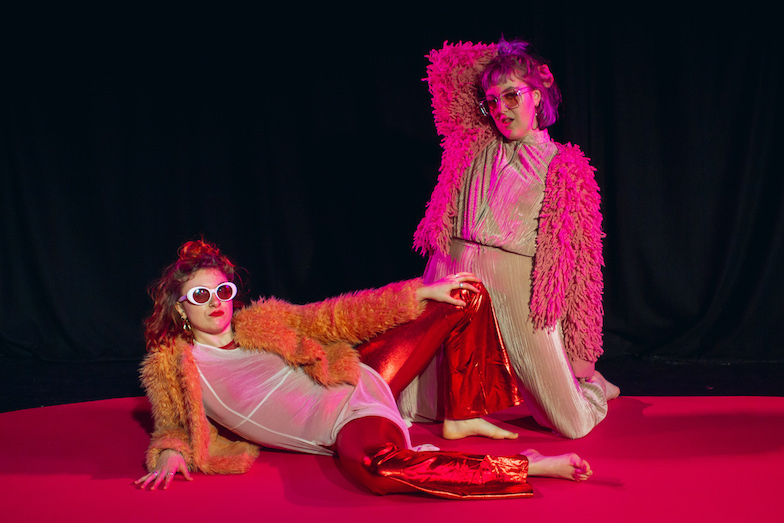 Following a successful stint at the Edinburgh Fringe, Hotter has opened at London’s Soho Theatre, directed by Jessica Edwards.

Hotter is a new show created and performed by Mary Higgins and Ell Potter. The title is a portmanteau of their surnames – and, as they point out, a much better choice for a name than the alternative Piggins. The concept is an interesting one – they interviewed women and trans people aged 11-97 on what gets them hot and have created, in their own words, a sweaty verbatim dance party from the answers they collected.

It’s a fun little show with plenty to enjoy. Mary and Ell are best friends – formerly girlfriends – and their on-stage chemistry and camaraderie is a joy to watch. They rattle through the one-hour performance with an infectious energy which elicits whoops and cheers from the audience at regular intervals. It’s a diverse show, with lots of short sketches showcasing their numerous talents.

Highlights included a surprisingly upbeat a cappella rendition of Blurred Lines with an unexpected punchline, which featured some solid vocals and harmonies. We enjoyed the letter reading scene towards the end of the show, with some genuine, vulnerable soul searching. The opening section, featuring some amusing lip-syncing to their interviewees’ testimony, had plenty of funny moments, although possibly ran on a little longer than it needed to.

Throughout the show, Mary and Ell’s physicality shone brightly – the dance sequences were amusingly choreographed, and it was entertaining to watch them try to embody the people they had interviewed. It’s a fast-moving show and the pace is relentless – the duo flit between characters and scenes every minute or two, and we’d have liked to have seen some of the sequences developed a bit further and polished a little more.

While there’s a lot here to enjoy, ultimately we thought Hotter as a concept felt a little underdeveloped. Both Mary and Ell are clearly talented writers and performers but this piece feels more like a promising showcase of early potential as opposed to a fully-realised finished article. That’s not to say it isn’t worth checking out – more that we feel the best is yet to come.