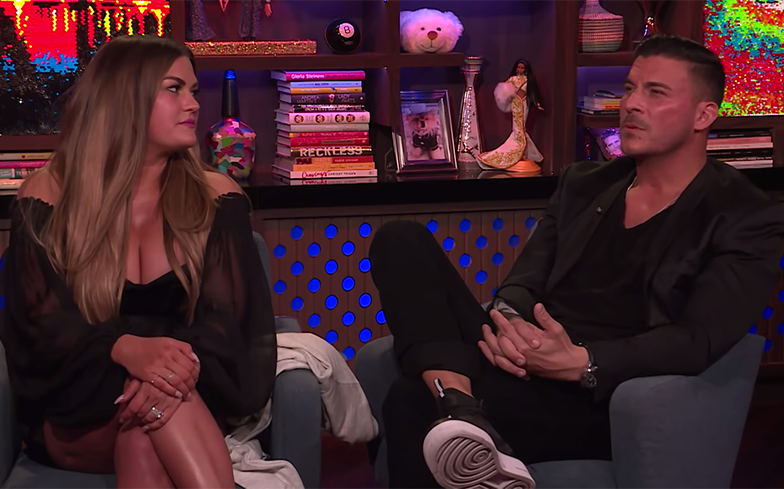 The reality television personality, who has been accused of homophobia numerous times in the past, appeared on Andy Cohen’s talk show Watch What Happens Live! alongside his wife Brittany Cartwright and answered questions from callers.

After a fan asked Jax about Ariana’s relationship with Tom Sandoval, he interrupted by saying, “She likes women.”

Brittany then reprimanded her husband, to which he unconvincingly responded, “Sorry. I didn’t mean that. I’m sorry.”

Andy then questioned them both on Jax’s comments, but Brittany attempted to shut down the conversation by claiming Ariana “likes everybody, just like most of us do!” Jax then rudely interjected: “Just own it. That’s fine. Just don’t lie about it.”

Shortly after, Ariana addressed rumours of her sexuality on Twitter, writing: “I do like women and men. It’s called being bisexual. Ever heard of it?” She concluded her tweet by hashtagging, “thisisnthard”.

Last year, Jax was slammed after tweeting a critic: “You’re the type of guy who is in a frat and claims he loves women, but secretly is bending over his roommate ‘Chad’ while wearing boat shoes. 20 bucks says I hit the nail on the head with this loser.”

However, he said he can’t possibly be homophobic because he used to live in West Hollywood and “50%” of his friends are gay.