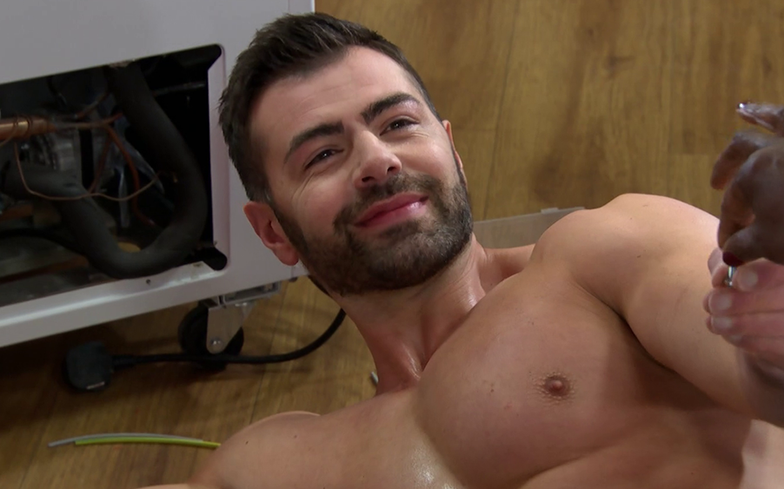 David Tag has joined the cast of S.A.M, an upcoming LGBTQ short film.

The Manchester production will follow two teenage boys called Sam, played by Ackley Ridge star Sam Retford and Mencap ambassador George Webster, who fall in love after confiding in each other at their local park.

In a statement, directors Eyre and Ely explained that they wanted to develop a story about LGBTQ people with disabilities that “expressed how many people living with learning disabilities feel about love and and sexuality”.

“We found that many people felt like they didn’t have a voice when it came to expressing sexuality and were often seen as non-sexual,” they said. “We hope this film will change people’s perceptions and give a platform to an issue that is rarely discussed.”

David, who’s best known for his role as Sylvester ‘Sylver’ McQueen on the long-running British soap Hollyoaks, said he feels “lucky to be part of such a progressive and inclusive film” and praised his co-stars Sam and George.

“Being given the opportunity to work on this exciting project with Sam Retford and George Webster, who are both extremely talented actors has been incredibly liberating,” he admitted.

George added: “The film is important to me because it’s about being yourself, accepting yourself and accepting others for who they are. The film also shows that people with disabilities have the ability to be strong actors.

“Another thing that’s important for visibility is that we can have equal opportunities and equal rights too.”

Sam said he felt honoured to be involved in a film that helps tell the “ever important story of being who you are”.

“I’m so unbelievably proud of this project,” he continued. “It shows what it means to find someone who makes you, you, regardless of their background or their disability.”

According to Digital Spy, S.A.M will be included in film festivals around the world, and the team behind the production are hoping to transform it into a full-length feature with the same story and characters.