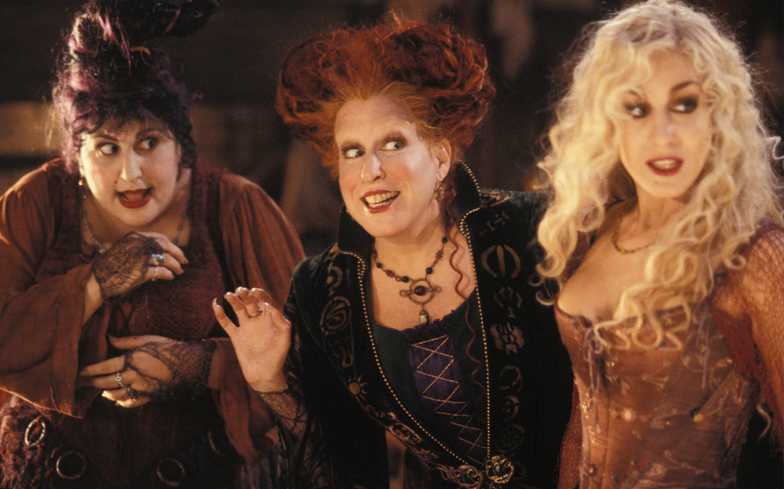 Hocus Pocus is a firm gay favourite, and it looks like the sequel will be even gayer.

While the Disney movie may have been panned by critics on its release 25 years ago, it’s gone on to become something of a cult classic, and if you’re not re-watching it every 31 October, you’re doing Halloween wrong.

So naturally, fans were a little disappointed when it was announced that a remake or sequel would be coming to the Disney Channel, but that it wouldn’t feature the original trio of icons Bette Midler, Sarah Jessica Parker and Kathy Najimy.

But we have a feeling this new development might make you feel a little more positive about it.

A new book released by Disney-Hyperion, a publishing house owned by Disney, called Hocus Pocus & The All-New Sequel is, essentially, a sequel to the camp classic film, and picks up 25 years after the original.

Max and Allison, who appeared in the first film, are now all grown up and married. Their daughter, Poppy, finds herself face-to-face with the Sanderson sisters who’ve returned to wreak havoc on Salem once again.

While it might not sound like the most inspired sequel plot, one thing that readers have noticed is that the story is noticeably more diverse than the original.

As well as featuring two people of colour in the main trio, Autostraddle has reported that the story features a same-sex romantic interest for lead Poppy in the form of classmate Isabella, who has an unusual interest in the supernatural.

Check out a brief extract from the book below, which showcases some cute interaction between Poppy and Isabella:

“Well, I wouldn’t miss it.” Isabella gives me a smile that makes my stomach flip a little. “There’s no way I’d leave you hanging.”

“It’s not fair that you’re so nice.” I take another piece of pizza. “People aren’t supposed to be smart and popular and nice. What’s your weakness, Isabella Richards?”

Her smile flags a little, and for a second she looks mystified — but then it’s gone. “Halloween candy,” she says, matter-of-factly, then grins and takes another sip of soda.

It’s rumoured that the new novel is the basis for the sequel that’s currently in production for the Disney Channel, so we’re keeping our fingers crossed that this queer subplot makes it’s way onto the screen.

One person who certainly isn’t feeling the new sequel/remake is Bette Midler, who said the film is “going to be cheap”. Ouch.