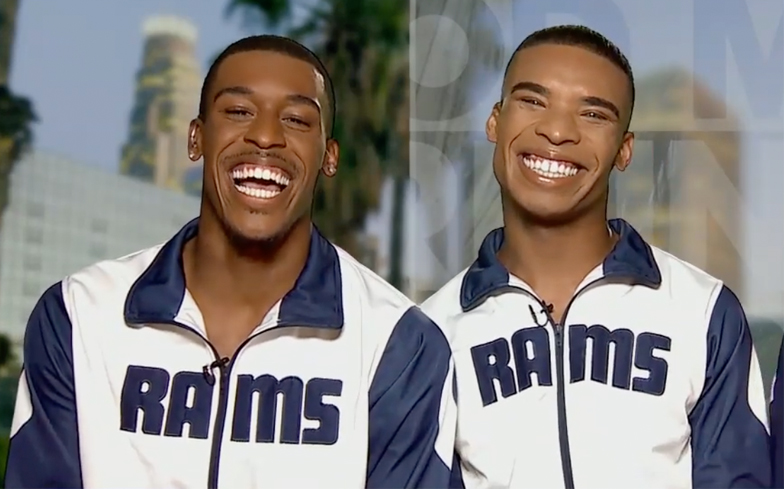 We may not have been given a spectacular performance from one of our favourite pop girls this year, but there was still plenty for the LGBTQ community to celebrate at the Super Bowl.

Quinton Peron and Napoleon Jinnies became the first ever male cheerleaders to perform at one of the world’s largest sporting events – and they served it good and proper.

The cheerleaders danced as part of the official squad for the Los Angeles Rams, as their team faced off against the New England Patriots at the Mercedes-Benz Stadium in Atlanta, Georgia.

“Thank you so much for all the love and support,” Napoleon said in a video after the historic moment, with Quinton adding: “You guys are the best.”

Not only were Napoleon and Quinton the first men to join the Los Angeles Rams’ cheerleading squad, they became the first male cheerleaders in the entire NFL when they made the official squad.

“We are so happy to be here, the smile hasn’t left my face since we arrived,” Quinton said of their Super Bowl performance, ahead of the event.

“We have a lot of people in Los Angeles from different cultures and different backgrounds.

“I think its really important that everyone on the team reflect that, from our boys on the field to the people on the sideline and even our cheer team.”

The Super Bowl is usually watched by over 100 million people in the US, making it one of the most-viewed television events of the year.

Maroon 5 performed the Super Bowl Half Time show this year, being joined on stage by OutKast’s Big Boi and Travis Scott.