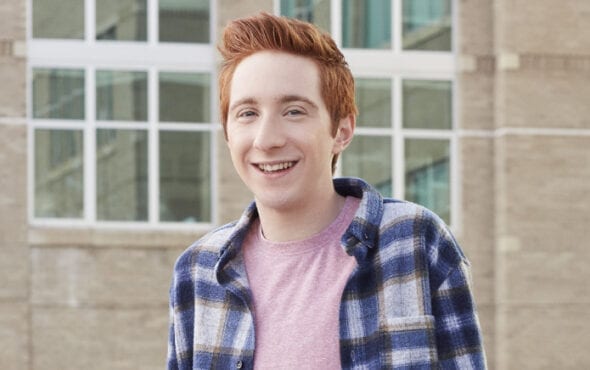 Larry Saperstein has proudly come out as bisexual.

The 23-year-old actor, who currently plays Big Red in High School Musical: The Musical: The Series, opened up about his sexuality in a TikTok video on Tuesday (1 June) to mark the start of Pride Month.

To the beat of International Super Spy from The Backyardigans, the video shows Saperstein looking into the camera with the words “Plays a character with a girlfriend on TV” superimposed on the screen. The text then changes to, “Is bi irl.”

Saperstein also captioned the post, “Is it really that unexpected tho” with a hashtag for ‘pride’.

Later, the star wrote on Twitter: “I have T minus 30 days to figure out how to do drag so I can turn out a look before the end of the month  (#HappyPrideMonth I love you ALL SO MUCH).”

Rodriguez, who plays Carlos Rodriguez (the first openly gay character in the High School Musical franchise), is romantically involved with Serafini, who also plays his love interest Seb Matthew-Smith. They made their romance public in 2019.

The series recently received a huge boost in popularity thanks to Rodrigo, who plays series lead Nini Salazar-Roberts. With her debut album Sour, the star became the first artist in history to debut their first three singles inside the Hot 100’s top 10.

The album includes chart-topping hits such as Driver’s License and Good 4 U, top three smasher Deja Vu and the top 10 album track Traitor.