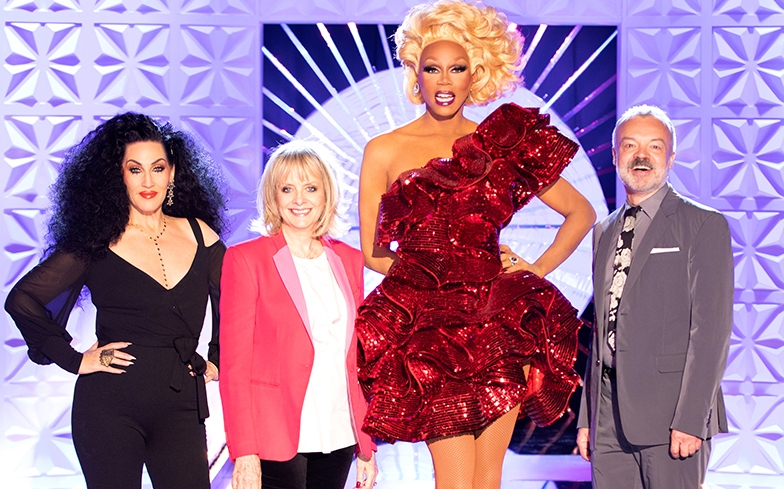 A true Dame is about to walk the Drag Race runway.

It was recently announced that Maisie Williams will be the special guest judge on the second episode of the gag-worthy first season of Drag Race UK, which is set to air Thursday 10 October on BBC Three (here’s where you can watch in America).

While we impatiently wait for that, the BBC have given us our first look at the judging panel for the third episode, which sees British model, singer, actress and Dame Commander of the British Empire Twiggy strut down the catwalk.

See the first-look photos of Twiggy as she sits side-by-side with Graham Norton, Michelle Visage and Mama Ru on Drag Race UK episode three below.

Twiggy isn’t the only famous face you’ll see on the runway in the coming weeks.

Lorraine Kelly, Stacey Dooley, Cheryl, Geri Halliwell, Michaela Coel, Jade Thirwall, MNEK, Curtis Pritchard and AJ Pritchard have all been announced as guest judges for the rest of the season.