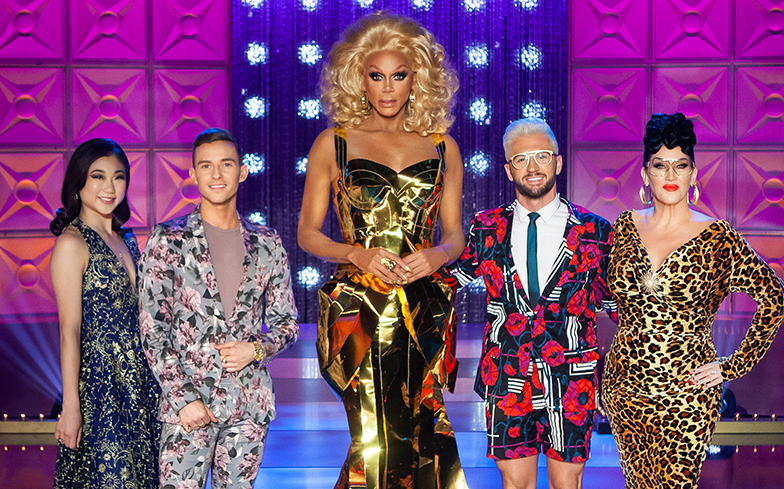 The first photos from the next episode of RuPaul’s Drag Race are here, and honey, the judges are looking sickening!

RuPaul and Michelle Visage are joined by choreographer Travis Wall and Olympian figure skaters Mirai Nagasu and Adam Rippon, because for this week’s maxi-challenge, the queens are competing in the first ever – wait for it – drag olympics!

They are tasked with performing in a freestyle floor program which includes fanography, voguing and shablam. We can’t wait to see how this turns out…

Take a look below at two exclusive photos from season 11’s sixth episode, The Draglympics.

VH1 have also unveiled the first ten minutes of the episode, and it sees two fan-favourite queens come into conflict, as well as a hilarious mini-challenge with the help of camp aerobicise queen Love Connie.

Watch below, and tune in for Drag Race tomorrow (4 April) on VH1. It will be available for UK audiences on Netflix the following morning – as well as Untucked!