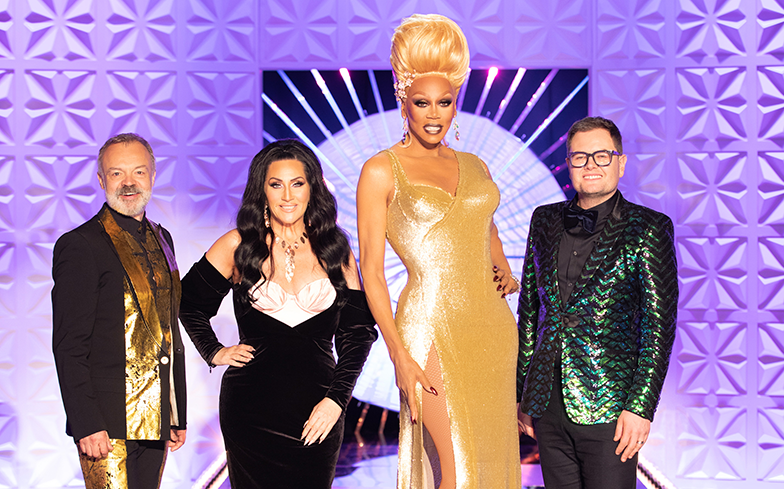 BBC Three have unveiled the first photos from the season one finale of RuPaul’s Drag Race UK.

It sees Mama Ru, Michelle Visage, Alan Carr and Graham Norton sitting side-by-side on the judging panel for the first time and as they sashay, shantay and panther down the runway. Ru’s lewk? Whew! She didn’t come to play (that).

For their final maxi-challenge, the top three queens – Baga Chipz, Divina De Campo and The Vivienne – will be “serving us an all-singing, all-dancing performance” and “lip-syncing for their life… and the crown”.

Strictly Come Dancing star AJ Pritchard and his brother, Love Island alum Curtis Pritchard, will be choreographing the queens for their final show-stopping performance. The eliminated contestants also make a comeback – but why?

Let us know in the comments which queen you’d like to see strut away as the UK’s First Drag Race Superstar.

The final episode of Drag Race UK airs this Thursday at 8pm on BBC Three.