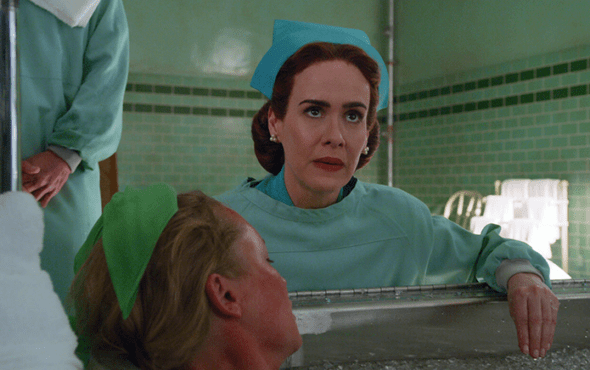 Netflix has unveiled the first look at Ratched and revealed its release date.

A prequel to classic movie One Flew Over The Cuckoo’s Nest, the highly-anticipated series will star American Horror Story veteran Sarah Paulson as the infamous nurse and heartless title character who uses her authority to torture her patients.

Ratched will be set in 1947 and will follow Mildred as she arrives in Northern Carolina to “seek employment at a leading psychiatric hospital where new and unsettling experiments have begun on the human mind,” where she will present herself as the “perfect image of what a dedicated nurse should be.”

The official synopsis reads: “As she begins to infiltrate the mental health care system and those within it, Mildred’s stylish exterior belies a growing darkness that has long been smoldering within, revealing that true monsters are made, not born.”