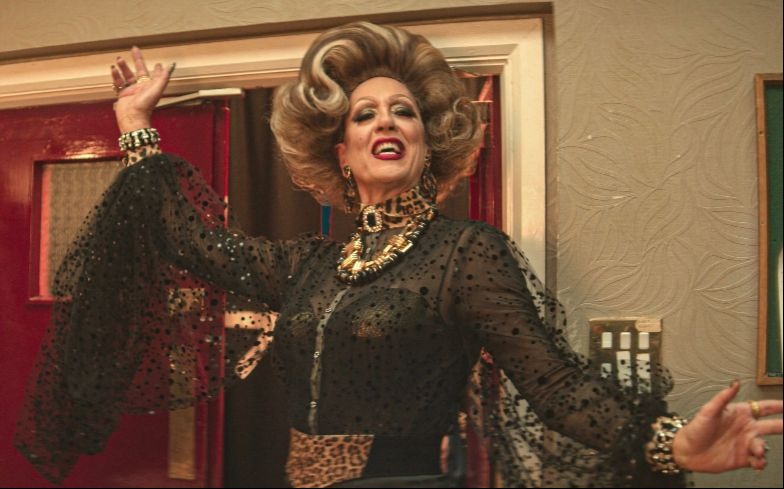 Given the fact that it feels like this year has already gone on forever, it’s easy to forget that the hit musical, Everybody’s Talking About Jamie, is headed to the silver screens later this year.

And we now have our first look at Richard E. Grant as the legendary Miss Loco Chanelle. One image shows Loco making a grand image, with another showing her and Jamie in front of a mirror, presumably before his first drag appearance as Mimi Me.

And in the words of one Twitter commenter, Richard looks “bloomin’ fabulous.” After this, we can’t wait to see how the rest of the cast looks.

The first details about the film were released last year. It will star newcomer Max Harwood in the leading role of Jamie New, where he makes his professional big screen debut, while BAFTA-winner Sarah Lancashire (Happy Valley, Kiri) will play Margaret New, his supportive mother.

Jonathan Butterell is directing, and Tom MacRae is handling screenplay. Speaking about the film to Entertainment Weekly, Butterell said: “Although it feels rather niche, about a 16-year-old boy who wants to come out as a drag queen at prom, we never wanted it to be a coming-out story.

“It’s about how you take your place in the world.”

Everybody’s Talking About Jamie is scheduled to be released on 21 October 2020.