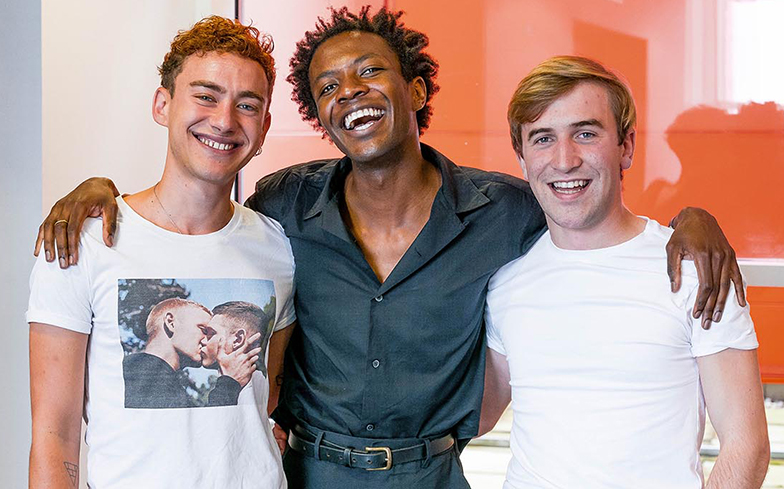 Olly Alexander’s rocking triple denim as he makes a return to acting.

The Years & Years frontman has said he “feels like the luckiest boy in the world” to be starring in Channel 4’s new drama Boys, the latest from BAFTA-winning TV mastermind Russel T Davies – the man behind Queer As Folk and Cucumber.

Set in the 1980s, the five-part series will follow three young gay men Ritchie, Roscoe and Colin (Olly Alexander, Omari Douglas, Callum Scott Howells) as well as their best friend Jill (Lydia West) as they start a new life in London at the dawn of the HIV/AIDS epidemic.

“As the decade passes, and they grow up in the shadow of AIDS, they’re determined to live and love more fiercely than ever,” reads the show’s official synopsis.

Show creator Russell took to Instagram to share a behind-the-scenes photo of Olly in character as Ritchie, where he somehow manages to pull off the triple denim look.

“Triple denim!! Takes me back,” replied Shetland actress Julie Graham to the photo, while another comment read: “When I do triple denim, the world mocks. When Olly does it, he’s famous.”

Speaking of his role in the new drama, Olly said: “I’ve been a fan of Russell T Davies ever since I watched Queer As Folk in secret at 14 years old. His work helped shape my identity as a gay person so I’m absolutely over the moon we’ll be working together.

“The script was amazing to read, I laughed and I cried a lot, it’s a privilege to be helping to tell this story and I’m so excited.”