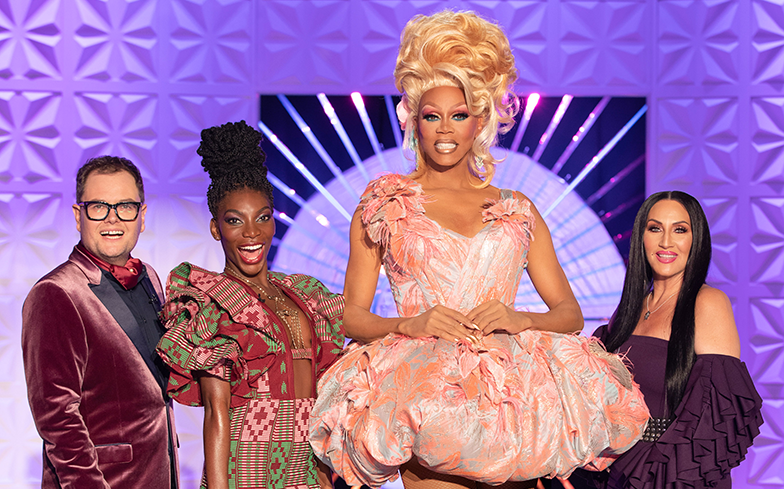 Michaela Coel is chewing up the Drag Race UK runway.

The British actress will make her debut on the Emmy-winning series for the seventh episode of the gag-worthy British spin-off, which will air 14 November on BBC Three and iPlayer (here’s where you can watch in America).

Coel is best known for writing, creating and starring in the critically-acclaimed E4 series Chewing Gum, for which she won two BAFTA Awards: Best Female Performance in a Comedy Programme and Breakthrough Talent.

See the first-look photos of Michaela as she sits side-by-side with Alan Carr, Michelle Visage and Mama Ru below.

On this week’s episode of Drag Race UK, the queens’ creative marketing skills are put to the test as they are asked to create an advert and brand themselves. Cheryl will make her Drag Race debut on the judging panel – see the first sickening images here.

The remaining queens competing for the title of the UK’s First Drag Superstar – and their very own digital series from World of Wonder – are as follows: Baga Chipz, Blu Hydrangea, Cheryl Hole, Divina De Campo and The Vivienne.