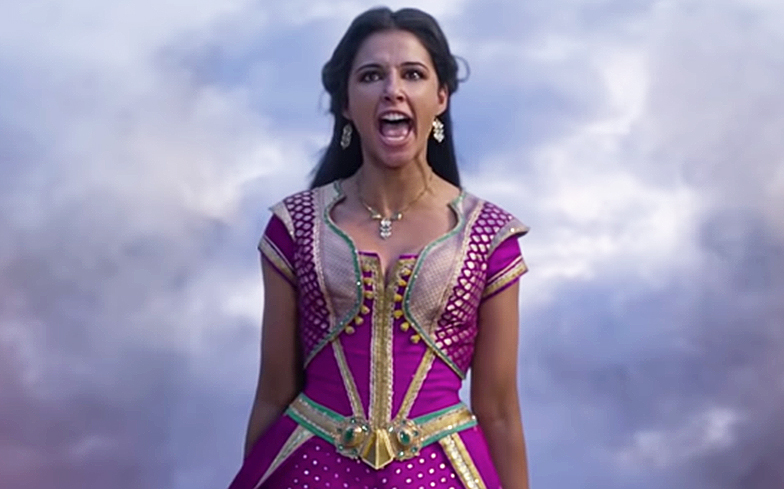 Disney have previewed a magical new song from Aladdin.

Ahead of the live-action remake hitting cinemas on 24 May, a new special look video has teased an original song called Speechless, which was written by Pasek and Paul (La La Land) and the original film’s composer Alan Menken.

“The story is a progression of how [Jasmine] finally speaks out and becomes the leader that she’s destined to be,” explains actress Naomi Scott of her character’s role in the movie, and the build up to the power ballad which she performs.

“She says, enough is enough, I have a choice here and I’m going to stand up for what I believe in. It’s such a strong song. It’s gonna be really special.”

The live-action remake is set to feature all of the classic songs from the 1992 original, including Friend Like Me and A Whole New World, alongside Speechless. A new duet between Jasmine and Aladdin was reportedly cut from the final film.

Aladdin is released in cinemas on 24 May.