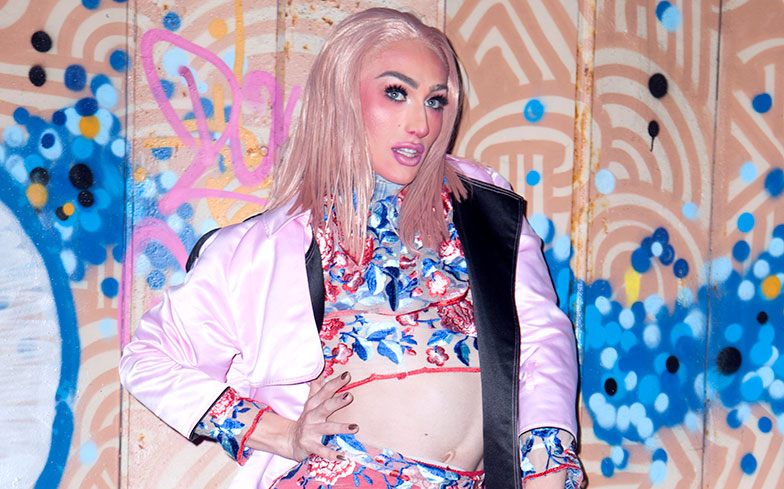 While it can sometimes feel like a queen simply has to be on RuPaul’s Drag Race in order to have a massive career, one person proving that’s definitely not the case is BibleGirl, the meme queen who describes herself as “internet reality trash”.

As the CEO of DragQueenMerch – and with over 100,000 followers on Instagram, which is basically currency in the world of modern drag – BibleGirl has become one of the most beloved queens in the world, all without the help of everyone’s favourite TV show.

So when she appeared at DragWorld UK – Europe’s biggest convention dedicated to all things drag – over the weekend, we asked the queen herself what advice she has for anyone wanting to follow in her footsteps with a career in drag.

“My advice for people who want to build a career in drag outside of Drag Race would be staying within your lane, not listening to the outside noise and rather than taking it internally and hurting, channel it into something that’ll make you stronger and can better benefit you,” she said.

“Any criticism that comes from other people that may not necessarily like you, is something that can further fuel your fire, so take that noise and turn it into something beautiful.”

Despite her success without the show, we of course had to ask if there’s a reason she hasn’t yet appeared on Drag Race – and if she ever would if she was given the chance…

“I’ve auditioned twice for Drag Race, per request of Drag Race, after then being told nothing and hearing radio silence,” she revealed. “So I’ve come to my own conclusion that I don’t need it anymore, and I’m on my own.”

With the increase in young kids and teens trying out drag – and the controversy that’s followed, with one 14-year-old queen being banned from her school talent show – BibleGirl believes that there’s no such thing as too young to channel your inner glamazon.

“I think the younger you start the better,” she said. “You’ve gotta get some baby steps going one way or another, and then when you slowly filter your way into the club, you’ll be ready to go.”